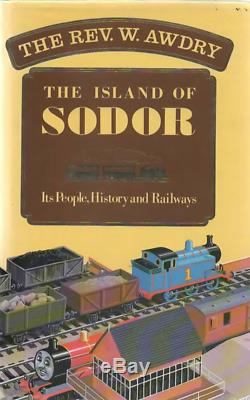 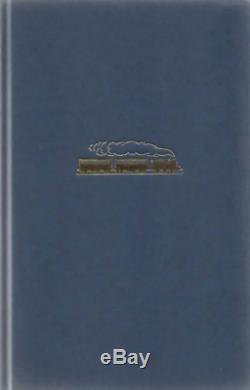 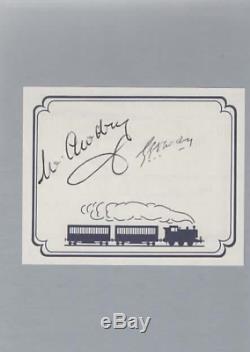 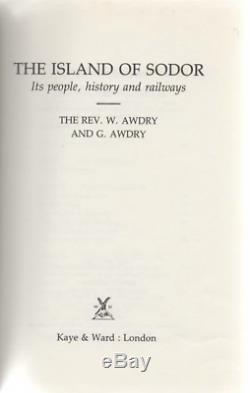 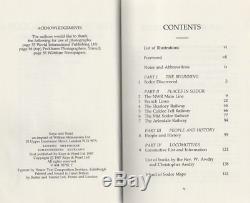 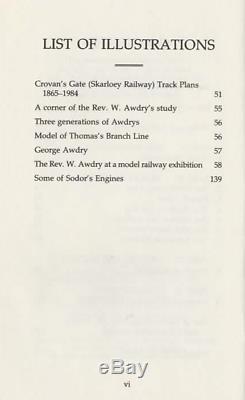 The Island of Sodor: Its People, History and Railways, by Rev W. Published by Kaye & Ward, London, in 1987 (1st edition).

Hardcover, x + 154 pages. Photographic illustrations, several pages of maps, bibliography. The book was written by the Rev Awdry (author of the famous Railway Series) and his brother George, and illustrated by Clive Spong. It is a book about Sodor, dealing with its history, geography and industry in far greater depth than could ever be discussed in the Railway Series books themselves.

Most of the background information on the places, people, railways and engines in the Railway Series comes from this book. The book came about as a result of the Reverend W. Awdry's desire to create a credible and consistent world for his stories.

This began with maps of Sodor, and was then expanded upon. Awdry and his brother George, who was the librarian of the National Liberal Club, worked out details of Sodor, producing between them a comprehensive set of notes. These notes were compiled and published in this book.

Internally occasional very light foxing, otherwise very good. A scarce and highly collectible book in very good condition. Awdry The Island of Sodor, Its People, History & Railways 1987 DOUBLE-SIGNED" is in sale since Friday, December 20, 2019. This item is in the category "Books, Comics & Magazines\Antiquarian & Collectable". The seller is "sueclark55" and is located in Leicester. This item can be shipped to all countries in Europe, United States, Canada, Australia.