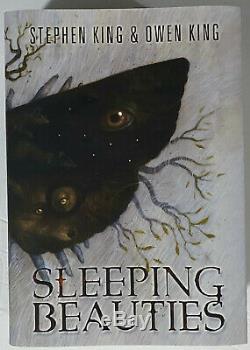 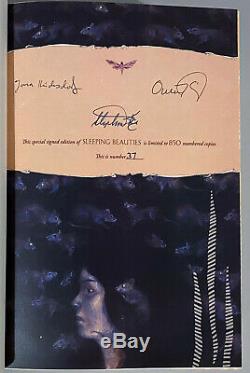 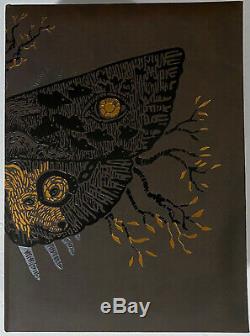 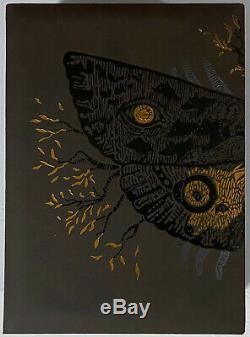 About this Deluxe Special Edition: Cemetery Dance Publications is very pleased to announce our Deluxe Special Limited Edition of Stephen King and Owen King's collaborative novel. In this spectacular father/son collaboration, the authors tell the highest of high-stakes stories: what might happen if women disappeared from the world of men? In a future so real and near it might be now, something happens when women go to sleep; they become shrouded in a cocoon-like gauze.

If they are awakened, if the gauze wrapping their bodies is disturbed or violated, the women become feral and spectacularly violent; and while they sleep they go to another place... The men of our world are abandoned, left to their increasingly primal devices. One woman, however, the mysterious Evie, is immune to the blessing or curse of the sleeping disease.

Is Evie a medical anomaly to be studied? Or is she a demon who must be slain?

Set in a small Appalachian town whose primary employer is a women's prison. Is a wildly provocative, gloriously absorbing father/son collaboration between Stephen King and Owen King. The exclusive Cemetery Dance Special Limited Edition will be published in three states, all of them printed in two colors and bound in fine materials, and there will be no second printings.

Special Features Exclusive to this Collector's Edition: Deluxe oversized design (7 inches X 10 inches) featuring two color interior printing Printed on a heavy interior specialty acid-free paper stock that is much thicker than the paper in a normal trade edition Featuring two colors of hot foil stamping on the front boards and spine Smyth sewn to create a more durable binding Deluxe bindings for all editions with colored head and tail bands Custom-made slipcase for the Gift Edition, custom-made traycase for the Signed Limited Edition, and hand-made traycase for the Deluxe Lettered Edition Epic wrap-around full color dust jacket artwork by Jana Heidersdorf A different full-color dust jacket for Signed Limited Edition Six to Eight full-color interior paintings by Jana Heidersdorf printed on a high-quality glossy stock and tipped into the book High-quality endpapers for all editions Full-color signature sheets in the signed editions Extremely collectible print run that is a. Fraction of the print run of the trade hardcover edition from Scribner and you will NOT find our edition in chain bookstores! Traycased Oversized Hardcover Signed Limited Edition of only 850 illustrated copies printed in two colors with two-color hot foil stamping, a satin ribbon page marker and embossed endpapers, signed by Stephen King, Owen King , and Jana Heidersdorf, and housed in a custom-made traycase exclusive to this edition. Stephen King has written more than forty novels and two hundred short stories.

He is the recipient of the 2003 National Book Foundation Medal for Distinguished Contribution to American Letters and he also received the O. Henry Award for his story The Man in the Black Suit.

And the World's First Editions of. King lives in Bangor, Maine, with his wife, novelist Tabitha King. Owen King is the author of the novel. And co-author of the graphic novel.

His writing has appeared in numerous journals and newspapers, including the. Boston Globe, Lady Churchills Rosebud Wristlet, the Los Angeles Review of Books, the New York Times Book Review, One Story. He is married to the novelist Kelly Braffet. Jana Heidersdorf is an artist and illustrator fascinated by the feral and fantastical. Her work explores everything that lurks in the dark, may it be wild creatures or shapeless thoughts and feelings, and turns it into moody compositions in pencil and mixed media techniques.

It can be found on and in books, comics, magazines, on walls and on the internet. She is currently spending a lot of time in the twisted world of mermaids while working on her weekly 100 Mermaids drawing project.

When she isn't drawing, she pretends to be a wood sprite and scares the local squirrel population. The item "Traycased SLEEPING BEAUTIES Stephen King Owen King Signed 37/850 OOP" is in sale since Wednesday, June 17, 2020. This item is in the category "Books\Fiction & Literature". The seller is "kraftersattic" and is located in Midlothian, Virginia. This item can be shipped worldwide.