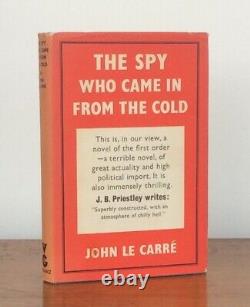 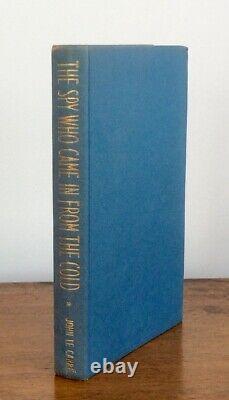 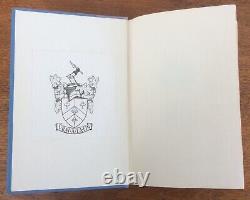 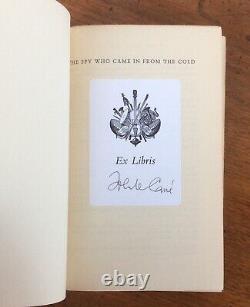 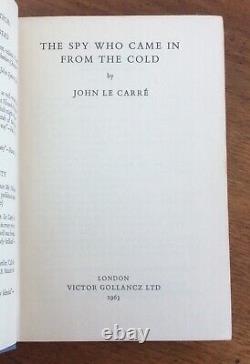 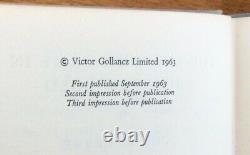 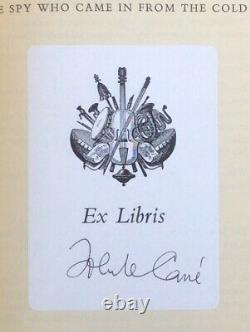 Bookplate Signed by John le Carre on the half-title page. Rare Signed first edition, third printing before publication, in original dust-wrapper of this classic 20th century spy novel. The Spy Who Came In From The Cold tells the dark and twisted tale of Alec Leamas, a British agent, being sent to East Germany as a faux defector to disseminate disinformation about a powerful East German intelligence officer. The novel was adapted into an acclaimed 1965 motion picture directed by Martin Ritt and starring Richard Burton and Claire Bloom. John le Carré, the nom de plume of David John Moore Cornwell, (19th October 1931 - 12th December 2020) was born in Poole, Dorset, and educated at Sherborne School, at the University of Berne (where he studied German literature for a year) and at Lincoln College, Oxford, where he graduated with a first-class honours degree in modern languages.

He taught at Eton from 1956 to 1958 and was a member of the British Foreign Service from 1959 to 1964, serving first as Second Secretary in the British Embassy in Bonn and subsequently as Political Consul in Hamburg where, in his own words, I.. Spent a few ineffectual but extremely formative years in British Intelligence. His first novel, Call For The Dead, was released in 1961, and subsequently he published twenty five novels, winning numerous awards along the way including: Mystery Writers of America Edgar Grand Master (1984); British Crime Writers Association Diamond Dagger Lifetime Achievement Award (1988); British Crime Writers Association Dagger of Daggers for The Spy Who Came in from the Cold (2005); Commander of the Order of Arts and Letters, France (2005); and the Goethe Medal of the Goethe Institute (2011). Thanks for looking and feel free to contact me if you have any questions. This item is in the category "Books, Comics & Magazines\Antiquarian & Collectable".

broadway" and is located in this country: GB. This item can be shipped worldwide.