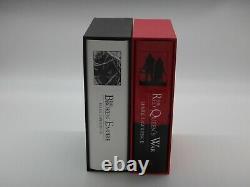 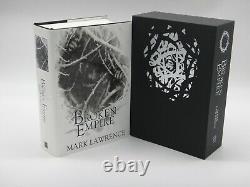 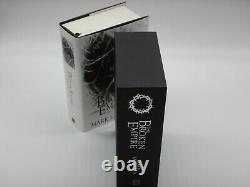 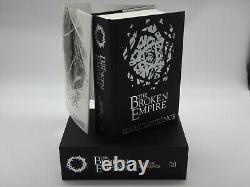 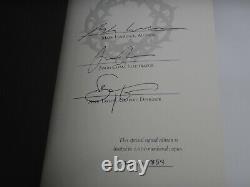 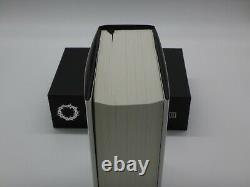 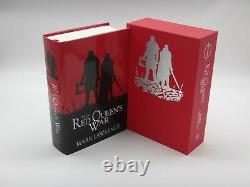 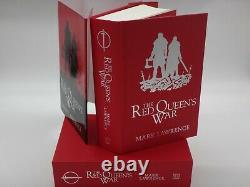 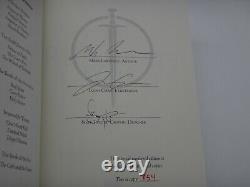 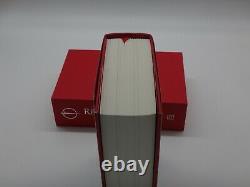 The Broken Empire Limited Edition. Notes: 1000 signed and numbered copies. When he was nine, he watched as his mother and brother were killed before him.

By the time he was thirteen, he was the leader of a band of bloodthirsty thugs. By fifteen, he intends to be king..

But treachery awaits him in his father's castle. No matter how fierce his will, can one young man conquer enemies with power beyond his imagining? The book will contain Prince of Thorns, King of Thorns, and Emperor of Thorns, as well as a new, original Jorg short story written just for this omnibus!

This edition of the book is the Limited Edition. Limited to 1000 numbered copies.

Prince of Fools - The Red Queen is old but the kings of the Broken Empire dread her like no other. For all her reign, she has fought the long war, contested in secret, against the powers that stand behind nations, for higher stakes than land or gold. Her greatest weapon is The Silent Sister-unseen by most and unspoken of by all. The Red Queen's grandson, Prince Jalan Kendeth-drinker, gambler, seducer of women-is one who can see The Silent Sister.

Tenth in line for the throne and content with his role as a minor royal, he pretends that the hideous crone is not there. Witnesses claim an undead army is on the march, and the Red Queen has called on her family to defend the realm. Jal thinks it's all a rumor-nothing that will affect him-but he is wrong. After escaping a death trap set by the Silent Sister, Jal finds his fate magically intertwined with a fierce Norse warrior.

As the two undertake a journey across the Empire to undo the spell, encountering grave dangers, willing women, and an upstart prince named Jorg Ancrath along the way, Jalan gradually catches a glimmer of the truth: he and the Norseman are but pieces in a game, part of a series of moves in the long war-and the Red Queen controls the board. The Liar's Key - The Red Queen has set her players on the board.. Winter is keeping Prince Jalan Kendeth far from the longed-for luxuries of his southern palace. And although the North may be home to his companion, the warrior Snorri ver Snagason, he is just as eager to leave. For the Viking is ready to challenge all of Hell to bring his wife and children back into the living world. He has Loki's key - now all he needs is to find the door. As all wait for the ice to unlock its jaws, the Dead King plots to claim what was so nearly his - the key to the underworld -- so that his dead subjects can rise and rule.

The Wheel of Osheim - All the horrors of Hell stand between Snorri Ver Snagason and the rescue of his family, if indeed the dead can be rescued. For Jalan Kendeth, getting back out alive and with Loki's key is all that matters. Loki's creation can open any lock, any door, and it may also be the key to Jalan's fortune back in the living world. Jalan plans to return to the three w's that have been the core of his idle and debauched life: wine, women, and wagering.

Fate however has other plans, larger plans. The Wheel of Osheim is turning ever faster, and it will crack the world unless it's stopped. When the end of all things looms, and there's nowhere to run, even the worst coward must find new answers.

Jalan and Snorri face many dangers, from the corpse hordes of the Dead King to the many mirrors of the Lady Blue, but in the end, fast or slow, the Wheel of Osheim always pulls you back. In the end it's win or die. Signed by Mark Lawrence, Jason Chan, Nate Taylor. 10 pieces of interior artwork by long-time Lawrence artist Jason Chan with graphic work by Patrick Rothfuss artist Nate Taylor. Note: A great value for three books, a new Mark Lawrence novella written expressly for this omnibus, and triple-signed too! This item is in the category "Books & Magazines\Antiquarian & Collectible". The seller is "minos_books" and is located in this country: US. This item can be shipped worldwide.