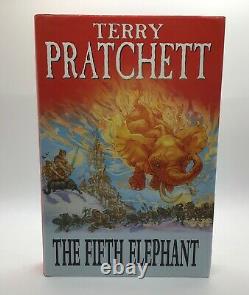 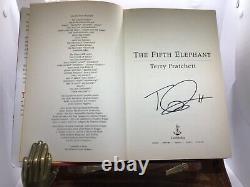 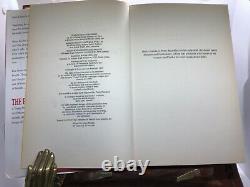 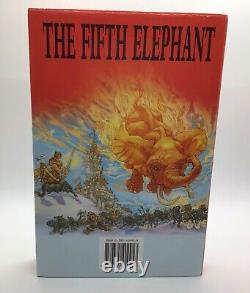 Terry Pratchett, The Fifth Elephant, Signed, First Edition, First Impression, 1999. They say that diplomacy is a gentle art. That its finest practitioners are subtle, sophisticated individuals for whom nuance and subtext are meat and drink. And that mastering it is a lifetime's work. Need a certain inclination in that direction. Which is a shame if you find yourself dropped unaccountably into a position of some significant diplomatic responsibility. If you don't really. Diplomacy or haven't been to school with the right foreign bigwigs or aren't even sure whether a nod is as good as a wink to anyone, sighted or otherwise, then things are likely to go wrong. It's just a question of how badly..