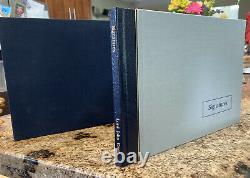 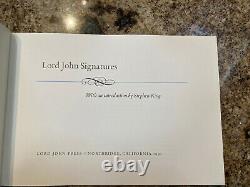 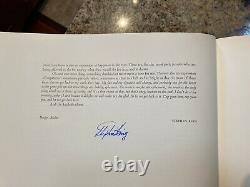 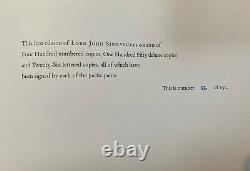 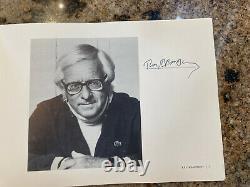 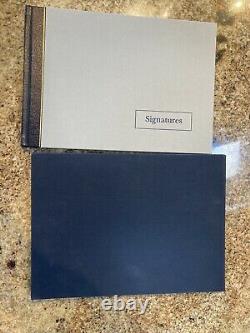 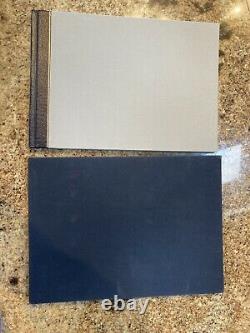 For sale is a rare signed, limited edition of Signatures that is signed by 43 authors and was published by the Lord John Press in 1991. This is one of only 150 deluxe, numbered copies produced that includes a cloth-covered slipcase and leather book spine with cloth-covered boards.

Please take a look at my other signed, limited edition items for sale. Robert Bloch Author of many novels and short stories, including the book Psycho which Alfred Hitchcock based his film on. Winner of the Hugo Award and the Bram Stoker Award.

Ray Bradbury Famed author and screenwriter. Among his most famous works is Fahrenheit 451. The New York Times called him "the writer most responsible for bringing modern science fiction into the literary mainstream". Winner of a Pulitzer Citation.

One of only three authors to win the Pulitzer Prize for Fiction more than once. Best known for his Rabbit series including Rabbit is Rich and Rabbit at Rest. Dennis Etchinson Award winning author.

Also edited numerous horror anthologies. Raymond Carver - (May 25, 1938 August 2, 1988) was an American short-story writer and poet. He is considered to be among America's greatest writers.