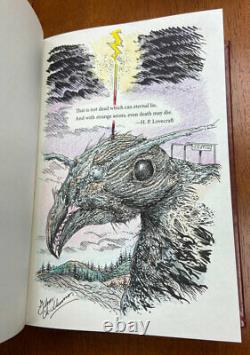 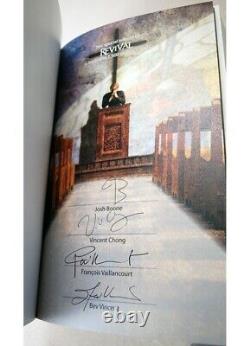 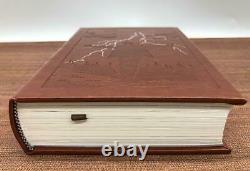 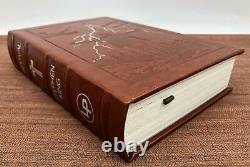 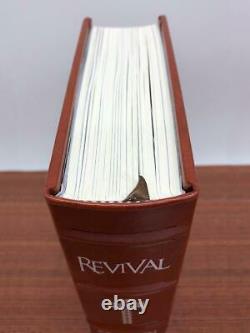 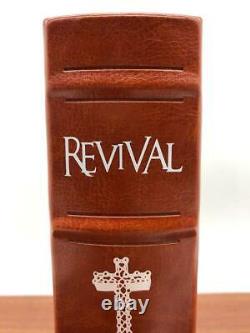 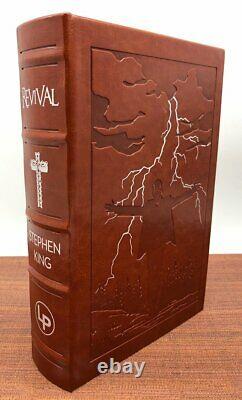 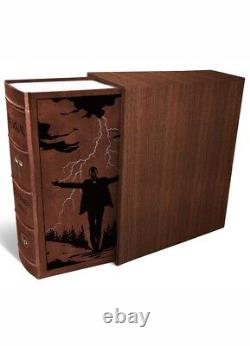 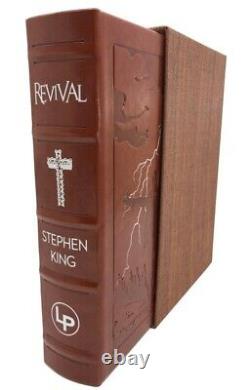 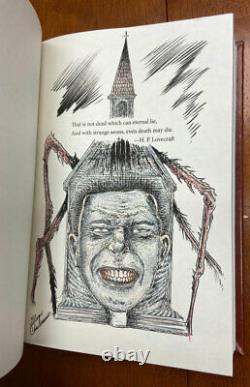 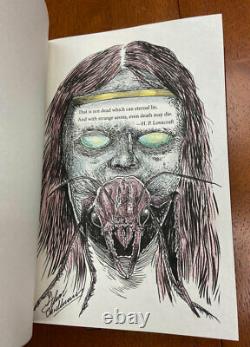 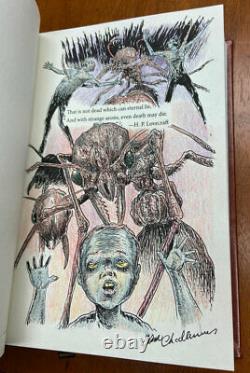 This limited edition has been remarqued by Glenn Chadbourne. Only 4 available at this time. In the Order Comments, please select which drawing you would like to receive. Personally signed by François Vaillancourt, Josh Boone, Vincent Chong, and Bev Vincent. This book is not signed by Stephen King.

A special Remarqued version of REVIVAL. The volume is signed by François Vaillancourt, Josh Boone, Vincent Chong, and Bev Vincent. Remarqued by the artist Glenn Chadbourne. Very Fine without any flaws throughout.

And Vincent Chong (Bonus Materials). Very Fine without any flaws in slipcase the same.

This particular edition is also remarqued with a detailed drawing by the artist Glenn Chadbourne. Own An Original Piece of Work By The Artist This edition is also special because it has been personally signed by the artist Glenn Chadbourne and includes an original artistic detailed color drawing remarque. The detailed drawing adds a special value to your book because it is a one-of-a-kind original. This detailed finished drawing ties in with the subject matter of the edition and is personally and individually drawn for you by Glenn Chadbourne. Remarquing is only done on a select few books of each edition, thus making them highly collectible.

Besides enhancing the appearance and collectibility of your edition, it gives you the unique opportunity to own an original piece of work by the artist. As the debut title from Brian James Freeman's new LetterPress Publications, this volume is going to be a must-have for every Stephen King collection, but to make it a really extraordinary launch for his new press, Brian has decided to offer Revival: The Deluxe Special Edition as a Preorder Only Limited Edition. That means you, the collectors, get to set the print run! Reservations will only be accepted from May 15 until May 31 after that, the print run is set and the book is guaranteed to be OUT OF PRINT pre-publication, so it will never show up heavily discounted or in Grab Bags from the publisher, etc. No additional copies will be offered for sale and this could easily have the lowest print run of this sort of Stephen King collector's edition in many, many years!

Please place your order now to get in on the ground floor of a very special new small press publisher! I can't bear to believe his presence in my life had anything to do with fate.

It would mean that all these terrible thingsthese horrorswere meant to happen. If that is so, then there is no such thing as light, and our belief in it is a foolish illusion. If that is so, we live in darkness like animals in a burrow, or ants deep in their hill. Revival by Stephen King is a dark and electrifying novel about addiction, fanaticism, and what might exist on the other side of life. This rich and disturbing tale spans five decades on its way to the most terrifying conclusion Stephen King has ever written.

It's a masterpiece from King, in the great American tradition of Frank Norris, Nathaniel Hawthorne, and Edgar Allan Poe. Sixteen full-color illustrations by François Vaillancourt, including three fold-out illustrations measuring 14 inches by 10 inches An introduction by Josh Boone, writer and director of the forthcoming feature film adaptation Exclusive artwork created by Vincent Chong for the film development process "A Nasty, Dark Piece of Work" by Bev Vincent: an overview of Stephen King's writing of the novel "Stephen King: The Rolling Stone Interview" an epic twenty page interview with Stephen King originally published on Halloween 2014 by Rolling Stone magazine in celebration of the novel's publication.

Deluxe oversized design (7 inches X 10 inches) featuring two color interior printing Printed on a heavy interior specialty acid-free paper stock that is much thicker than the paper in a normal trade edition Featuring hot foil stamping and "blind" heat burnishing on the front cover and spine Smyth sewn to create a more durable binding Includes genuine crafted spine hubs in the spine Deluxe binding with colored head and tail bands High-quality endpapers A sewn-in satin ribbon page marker Full-color signature sheet Custom-made slipcase wrapped with a woven cloth and stamped with hot foil on the spine Extremely collectible print run that will be a tiny fraction of the print run of the original trade hardcover edition from Scribner. Stephen Edwin King (born September 21, 1947) is an American author of horror, supernatural fiction, suspense, science fiction, and fantasy novels. King has published 58 novels (including seven under the pen name Richard Bachman) and six non-fiction books. He has written approximately 200 short stories, most of which have been published in book collections.

He has also received awards for his contribution to literature for his entire oeuvre, such as the World Fantasy Award for Life Achievement (2004), and the Grand Master Award from the Mystery Writers of America (2007). [6] In 2015, King was awarded with a National Medal of Arts from the United States National Endowment for the Arts for his contributions to literature.

He has been described as the "King of Horror". Glenn Chadbourne is an American artist. He lives in Newcastle, Maine.

He is best known for his work in the horror and fantasy genres, having created covers and illustrated books and magazines for publishers such as Cemetery Dance Publications, Subterranean Press, and Earthling Publications. Chadbourne is known for his sense of humour and down to earth manner, as well as the stark honesty of his work. Glenn Chadbourne attended Lincoln Academy before continuing his education at The Portland School of Art. He also attended the University of Maine at Augusta, as well as the University of Southern Maine. His first published work was in the late 1980s for the Stephen King related newsletter called Castle Rock.

He won a contest that called for artists to submit something Stephen King related. He wrote, illustrated, and self-published a few comics called ChillVille and Farmer Fiend's Horror Harvest in the early 1990s.

He eventually met Rick Hautala and was asked to illustrate his short story collection Bedbugs. Chadbourne, and he has since illustrated work for many of the top names in the horror genre.

He recently illustrated The Secretary of Dreams: Volume 1, a graphic collection of Stephen King stories that was published by Cemetery Dance Publications in 2006 in three limited editions. Volume Two was announced as being drawn by Glenn Chadbourne in early 2007. The item "Stephen King REVIVAL Signed Limited Edition Remarqued Glenn Chadbourne New" is in sale since Friday, January 24, 2020. This item is in the category "Books\Antiquarian & Collectible".

The seller is "veryfinebooks" and is located in Newburyport, Massachusetts. This item can be shipped worldwide.