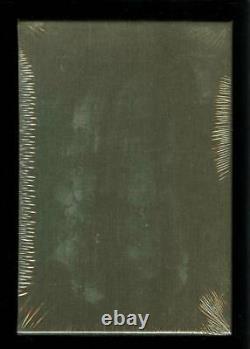 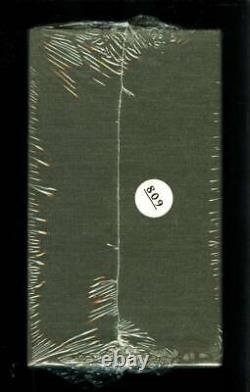 This is the seventh book in the "Dark Tower" series. There are a lot of different editions of this floating around out there but this Donald M. Grant, Publisher edition is the first edition.

It was issued in two volumes in a single slipcase. Also part of the first edition run was a 5,000 copy "Artist Edition" signed by the artist. Both of the signed editions were only offered through the publisher and a few small specialty book stores (they weren't offered to the major bookstore chains). To order this from Grant you had to have ordered the previous Dark Tower volume from him.

That being the case you would get the same issue number for this book. Finally, there was an additional 700,000 copy trade edition (still part of the first edition run) published by Grant and Scribner which was distributed by Simon & Schuster. It was available through most book stores. The book is profusely illustrated by Michael Whelen.

This is copy #809 of the 1,500 copy signed & numbered limited edition. Signed by both Stephen King & Michael Whelan, it comes as two volumes in a single slipcase. The copy is new, still in the original shrink wrap. You can see the shrink wrap in the pictures. What you see is what you get.

This item is in the category "Books\Fiction & Literature".ken" and is located in Loveland, Colorado. This item can be shipped worldwide.