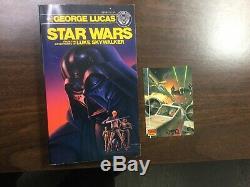 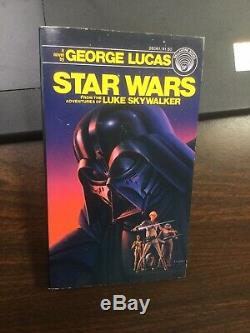 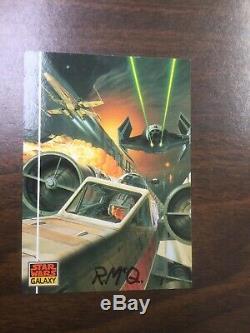 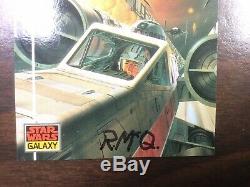 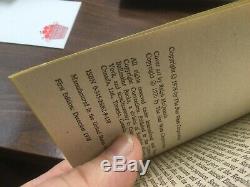 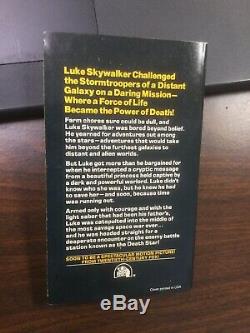 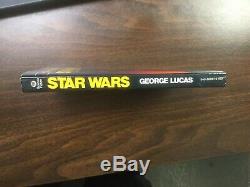 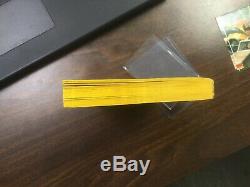 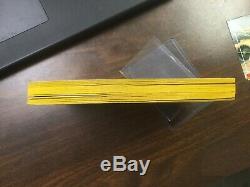 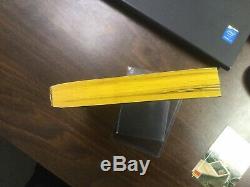 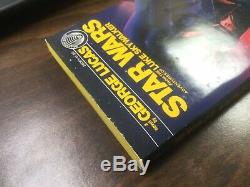 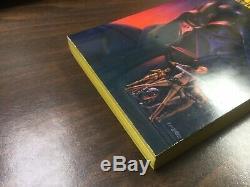 Okay, here we have a serious rarity; this is true First Edition of STAR WARS - From The Adventures Of Luke Skywalker, published by Ballantine Books in December 1976, five months before the release of the film. The book was credited to George Lucas, creator of the STAR WARS universe, and the screenwriter of the first film in the saga; it was later acknowledged that book was ghostwritten by noted science fiction author, Alan Dean Foster, who would go on to write the first STAR WARS original novel, SPLINTER OF THE MINDS EYE. The book includes what has to be the perfect bookmarker for this particular volume; a STAR WARS GALAXY card, #16, signed by the man who helped to visualize what the STAR WARS Universe looks like, Ralph McQuarrie. The image on the card is his rendition of Luke Skywalker and R2-D2 in the X-Wing fighter, maneuvering down the Death Star trench, with Darth Vaders TIE Interceptor in hot pursuit. The card has been placed in a mylar sleeve, which has been placed in a rigid, plastic protection sleeve, to keep the card in excellent condition.

This book has been in my collection since 1977; I picked it up because (aside from being a big fan of the movie) of the McQuarrie artwork. I have kept it bagged and protected since then. The signed card I picked up much later, from another collector, but they deserve to be together. The book is unread and near mint; if you check out the photos, youll see no marks, no creases, no chips, no foxing inside the covers. I dont think youll find a better copy out there. The signed card also appears to be in near mint condition.