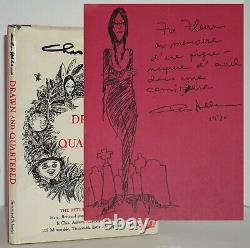 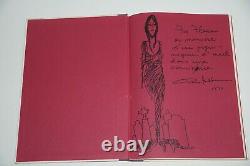 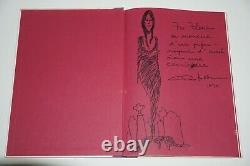 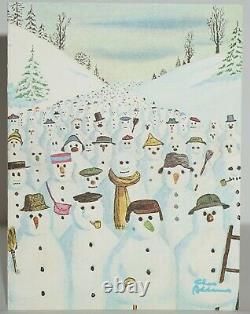 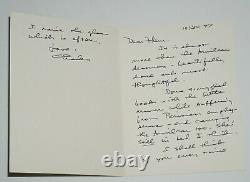 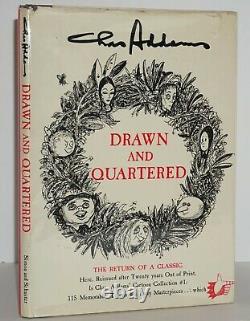 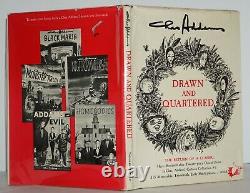 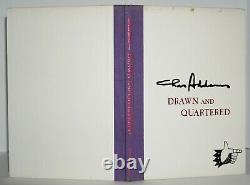 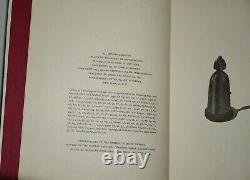 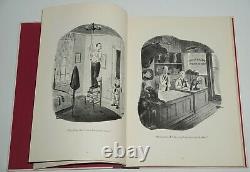 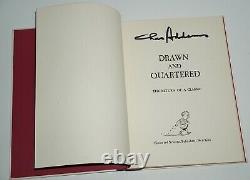 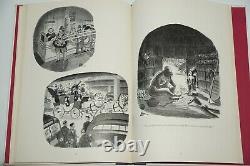 First Edition, Later Printing A large very clean book (11.25 x 8.5) with a spectacular example of a GIANT 11 original full length sketch of Morticia surround by grave stones. So original sketches are highly collectible! A superb association copy signed and dedicated to For Fleur en memoire dune pique nique davril dans une cemitiere / Chas Adams 1970 (translated as For Fleur in memory of an April picnic in a cemetery). We have other letters between Charles and Fleur showing much correspondence occurring throughout the 1970s documenting this lovely association between the two, one card of which is included with the copy of this book.

Scarce signed book with an original large superb drawing or Morticia with a fantastic association. Accompanied by an autographed card by Charles Addams to Fleur!

The book is in near fine condition with white paper boards and purple quarter cloth for the spine. Light stains to the upper edge of the front board. In a lightly nicked and chipped dust jacket with 1 intact tear to the front panel, and small sticker remnant to rear jacket panel.

The Addams spectacular original drawing of Morticia in the grave yard covers the entire front fly leaf as shown in the images and is in perfect condition. In 1935 Addams was hired by The New Yorker as a regular cartoonist.

His famous, creepy and kooky Addams Family, later adapted for television and film productions. He demonstrated an appreciation for the macabre at an early age. He had a deep fascination for coffins and skeletons, as well as a good practical joke. We had a dumbwaiter in our house, he later recounted, and Id get inside on the ground floor, and then very quietly Id haul myself up to grandmothers floor, and then Id knock on the door, and when she came to open the door, Id jump out and scare the wits out of her. Addamss mind went to dark, ghoulish places few cartoonists would allow themselves to venture.

His popularity extended to some of the biggest names in Hollywood. Cary Grant wanted to meet the man who called himself A Defrocked Ghoul, as did Alfred Hitchcock, who once showed up at Addamss New York home unannounced to see the cartoonist in the flesh. The Addams family cartoons delighted in turning upside down our assumptions about normality and its relationship to good and evil. Charles Addams tapped into the vein of American gothic that has a touch of paranoia about it, seeing behind every comforting façade the uncomfortable truth about the duality of human nature. But where Gothic literature usually combined these themes with romance, Addams made the horror hilarious: disturbing, but at the same time friendly, identifiable, and acceptable.

The book includes page after page of Adams fantastic artwork and represents an album of his infamous cartoons. Extremely rare with an original drawing and in the original dust jacket. A perfect exceptional gift for a Horror collector! ORIGINAL DRAWING BOOK BY CHARLES ADDAMS, THE ADDAMS FAMILY" is in sale since Thursday, July 15, 2021.

This item is in the category "Books & Magazines\Antiquarian & Collectible". The seller is "iwc_2004" and is located in New Canaan, Connecticut. This item can be shipped worldwide.