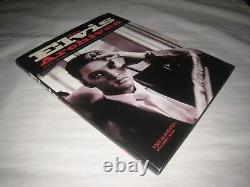 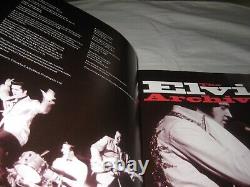 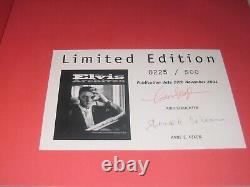 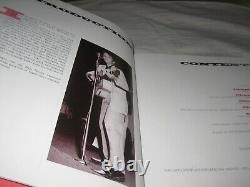 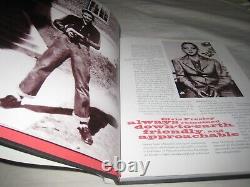 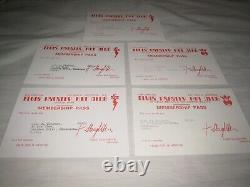 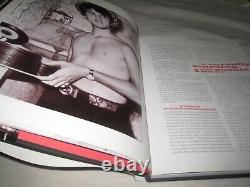 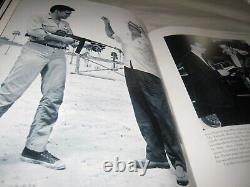 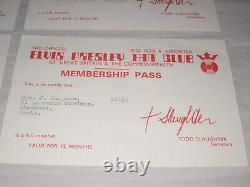 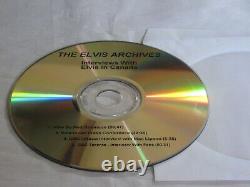 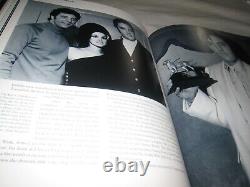 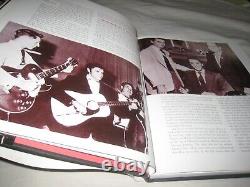 The Elvis Archives - Elvis' Life and Career, Illustrated with Over 100 Rare or Exclusive Photographs. Todd Slaughter & Anne E Nixon. SIGNED IN PERSON BY BOTH AUTHORS....

ALSO CONTAINS A SCARCE CD.... INTERVIEWS WITH ELVIS IN CANADA' WHICH LOOKS TO BE IN VERY WELL PRESERVED CONDITION. ONE OF THE MEMBERSHIP PASSES IS SOMEWHAT CREASED, FOUR OTHERS IN VERY GOOD CONDITION. THIS IS A MUST FOR ANY ELVIS FAN! BELOW IS AN EXCERPT FROM AN ARTICLE WRITTEN BY TODD SLAUGHTER...

If you search online for'Elvis and Todd Slaughter' you can see the last ever piece of footage ever filmed of Elvis; me meeting Elvis before the show in Indianapolis on June 26 1977, six weeks before his death. I first went to the States to see Elvis in 1972.

Prior to that the only way you could get to the States is if you won a competition on the back of a Kellogg's Corn Flakes box. Travel to the States was in its infancy. When Freddie Laker started flights to New York there was a wonderful opportunity for people to go and see Elvis for the first time.

When we saw Elvis in 1972 he was fine. His health suffered drastically from 1975. We took the final trip to see Elvis in concert in Cincinnati and Indianapolis in 1977. Our group saw the last two shows Elvis performed. In the very last CBS Special [Elvis in Concert, filmed at earlier concerts in Omaha and Rapid City, and released posthumously in 1977] you can see a man, only 42, who had not fared well.

However, if you want a picture of somebody looking ghastly you take 100 pictures and pick the ghastly one. That's what the very last CBS Special did.

That didn't come out until after Elvis died; they probably shot 40 hours of footage and only used 25 minutes of it, and of course, they used the dramatic pieces: the sweating Elvis, the man looking close to death. But when you see the film of me and Elvis he's laughing.

There was not that horror presented to me at that time. During that last show in Indianapolis, he was on stage for an hour and a half, which was unusual because he usually only did 50 minutes.

Elvis included his own hits, pertinent covers and classic rock'n' roll, and there was a crescendo of gospel which was always a showstopper. Protected in a removable archival booksleeve to preserve its condition. Please see all extensive attached scans and photographs for extensive details of the book.

PLEASE SEE MY OTHER INTERESTING AUTOGRAPHS, LETTERS, PICTURES, INTERESTING COLLECTIBLE OBJECTS AND BOOKS LISTED..... MANY OF WHICH ARE SIGNED BY THE AUTHORS OR ILLUSTRATORS........ OR ARE UNIQUE ASSOCIATION COPIES. Any questions please do not hesitate to ask - I always reply promptly. Thanks for taking the time to browse and if you enjoy what is in my collection please add me to your favourites list.

This item is in the category "Books, Comics & Magazines\Antiquarian & Collectable". The seller is "secretsunset" and is located in this country: GB. This item can be shipped worldwide.