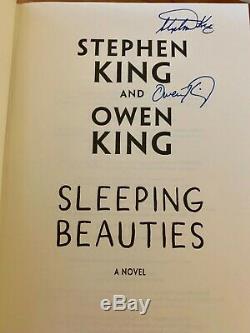 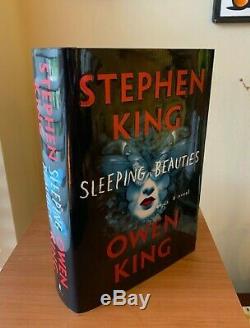 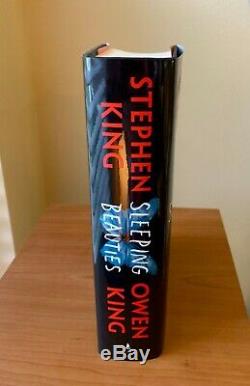 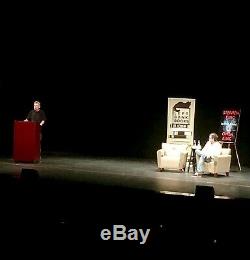 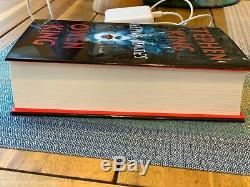 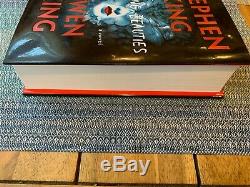 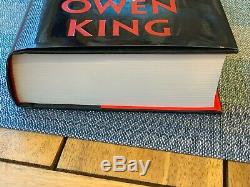 SIGNED First edition of Sleeping Beauties by Stephen and Owen King, at the Lindenwood University reading. Jacket and book are in fine/near fine condition. If you look closely on text block there's a 1/16 tiny rubbing but it looks from the printer when produced. Book text book is tight and unread. Signed by the author on the title page. Sleeping Beauties is a novel by Stephen King. And his son Owen King. Released on September 26, 2017. The book was first mentioned during a promotional appearance on the CBC. Of the novel, Stephen King stated, Owen brought me this dynamite idea and I've collaborated a couple of times with Joe.

I'm not going to say what the idea is because it's too good. The novel was officially announced in June 2016 and is said to take place in a women's prison in West Virginia. During a strange mystical occurrence that causes all the women in the world to fall asleep. An excerpt was published on September 1, 2017 by Entertainment Weekly.

In their special The Ultimate Guide to Stephen King issue. Look for another round of my library sell-off, including rare mid-century film noir basis books and other collectible editions. Thanks for viewing my books!

Many of these books come out of my personal 27-year collection. Most books have been housed in a glass-enclosed book shelf. You will pay what I pay. The item "Signed Stephen and Owen King, Sleeping Beauties, 1st ed, F/F" is in sale since Tuesday, September 17, 2019. This item is in the category "Books\Antiquarian & Collectible". The seller is "bookeagle" and is located in Glencoe, Missouri. This item can be shipped worldwide.