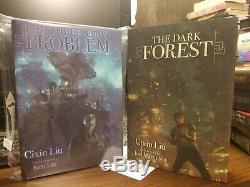 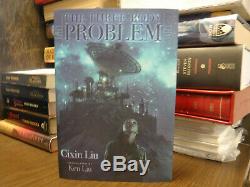 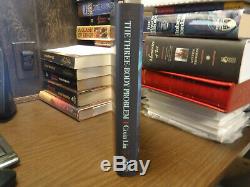 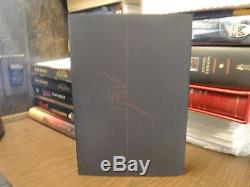 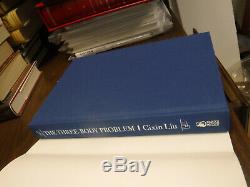 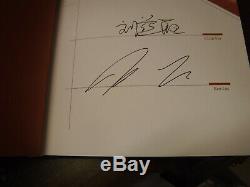 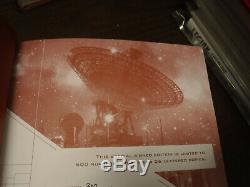 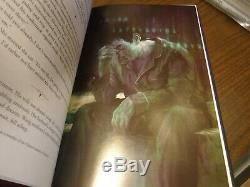 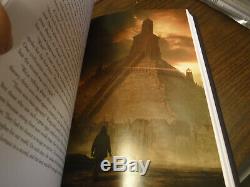 This is the Signed/Limited Illustrated Edition from Subterranean Press. Limited to 500 copies, this one being in the 300's. Brand new and unread, as received from the publisher.

Owning this set will get you rights of first refusal at publisher. Ships well padded and boxed with the collector in mind!

Here's what the publisher had to say on this one. Cixin Liu, Chinas preeminent science fiction writer for more than twenty years, first came to the attention of English speaking readers with the 2014 publication of The Three-Body Problem , the opening movement of a dazzling, dizzying trilogy called The Remembrance of Earths Past.

Its appearance here was an immediate cultural event, and it became the first work in translation ever to win the Hugo Award for Best Novel. It isnt hard to understand why. The book takes its title from a classical physics problem involving the effects gravitational and climatic of three celestial bodies occupying a limited space. It also refers to an immensely sophisticated game in which players enter a world (Trisolaris) dominated by three different suns. Under the shifting influence of these suns, Trisolaris cycles repeatedly between Chaotic Eras and Stable Eras as their planet moves inexorably toward destruction. When a signal from Eartha compatible planetreaches them, the Trisolarians initiate an extremely long-range plan to vacate their dying planet and make Earth their new home. This is the central element in an enormously erudite narrative that ranges from the Cultural Revolution of 1967 to the imperiled present, illuminating events from the alternating perspectives of its human and non-human protagonists. Seamlessly combining politics, social history, and rigorous hard science, The Three-Body Problem is an alien invasion story unlike any you have ever read. It offers the sort of speculative pleasures only science fiction can provide, and leaves us waiting, satisfied and anxious, for the unpredictable pleasures still to come. The Subterranean Press edition of The Three-Body Problem will be oversize, printed in two colors throughout on 80# Finch, and feature a number of full-page full-color interior illustrations. The lettered edition will also include a gatefold illustration not in the limited. Limited: 500 signed numbered copies, oversized, printed in two colors. The item "Signed Limited Subterranean Press The Three-Body Problem Cixin Liu +Dark Forest" is in sale since Saturday, January 25, 2020. This item is in the category "Books\Fiction & Literature". The seller is "glodowski125" and is located in Meridian, Idaho.