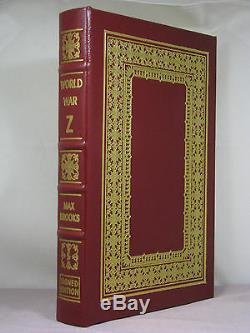 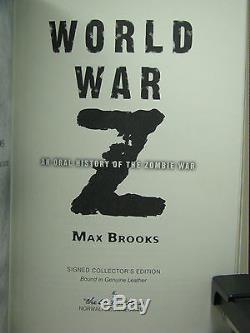 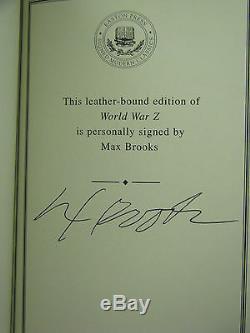 Max Brooks, driven by the urgency of preserving the acid-etched first-hand experiences of the survivors from those apocalyptic years, traveled across the United States of America and throughout the world, from decimated cities that once teemed with upwards of thirty million souls to the most remote and inhospitable areas of the planet. He recorded the testimony of men, women, and sometimes children who came face-to-face with the living, or at least the undead, hell of that dreadful time. World War Z is the result. Never before have we had access to a document that so powerfully conveys the depth of fear and horror, and also the ineradicable spirit of resistance, that gripped human society through the plague years. Ranging from the now infamous village of New Dachang in the United Federation of China, where the epidemiological trail began with the twelve-year-old Patient Zero, to the unnamed northern forests where untold numbers sought a terrible and temporary refuge in the cold, to the United States of Southern Africa, where the Redeker Plan provided hope for humanity at an unspeakable price, to the west-of-the-Rockies redoubt where the North American tide finally started to turn, this invaluable chronicle reflects the full scope and duration of the Zombie War.

Most of all, the book captures with haunting immediacy the human dimension of this epochal event. Facing the often raw and vivid nature of these personal accounts requires a degree of courage on the part of the reader, but the effort is invaluable because, as Mr. Brooks says in his introduction, By excluding the human factor, aren't we risking the kind of personal detachment from history that may, heaven forbid, lead us one day to repeat it?

And in the end, isn't the human factor the only true difference between us and the enemy we now refer to as'the living dead'? Note: Some of the numerical and factual material contained in this edition was previously published under the auspices of the United Nations Postwar Commission. Eyewitness reports from the first truly global war -- I found'Patient Zero' behind the locked door of an abandoned apartment across town.

His wrists and feet were bound with plastic packing twine. Although he'd rubbed off the skin around his bonds, there was no blood. There was also no blood on his other wounds.

He was writhing like an animal; a gag muffled his growls. At first the villagers tried to hold me back. They warned me not to touch him, that he was'cursed. I shrugged them off and reached for my mask and gloves.

The boy's skin was cold and gray--I could find neither his heartbeat nor his pulse. Kwang Jingshu, Greater Chongqing, United Federation of China.

But what if the enemy can't be shocked and awed? Not just won't, but biologically can't!

That's what happened that day outside New York City, that's the failure that almost lost us the whole damn war. The fact that we couldn't shock and awe Zack boomeranged right back in our faces and actually allowed Zack to shock and awe us!

No matter what we do, no matter how many we kill, they will never, ever be afraid! Army infantryman and veteran of the Battle of Yonkers. Who can even visualize that type of number, let alone combat it? For the first time in history, we faced an enemy that was actively waging total war. They had no limits of endurance.

They would never negotiate, never surrender. They would fight until the very end because, unlike us, every single one of them, every second of every day, was devoted to consuming all life on Earth. -General Travis D'Ambrosia, Supreme Allied Commander, Europe. Reviews: An''oral history'' of the global war the evil brain-chewers came within a hair of winning.

Zombies are among us--turn on your television if you don''t believe it. But, Brooks reassures us, even today, human fighters are hunting down the leftovers, and we''re winning. [His] iron-jaw narrative is studded with practical advice on what to do when the zombies come, as they surely will. A literate, ironic, strangely tasty treat.

- Kirkus Reviews (starred review). Max Brooks has charted the folly of a disaster response based solely on advanced technologies and brute force in this step-by-step guide to what happened in the Zombie War.

He details with extraordinary insight how in the face of institutional missteps and greed, people in unexpected ways achieve unique, creative, and effective strategies to survive and fight back. Brooks's account of the path to recovery and reconstruction after the war is fascinating, too. World War Z provides us with a starting point, at least, a basic blueprint from which to build a popular understanding of how, when, and why such a disaster came to be, and how small groups and individuals survived. Director of Strategic Technologies, National Center for Disaster Preparedness. Possesses more creativity and zip than entire crates of other new fiction titles.

Think Mad Max meets The Hot Zone. It's Apocalypse Now , pandemic-style. Prepare to be entranced by this addictively readable oral history of the great war between humans and zombies. Will grab you as tightly as a dead man''s fist.

- Entertainment Weekly, EW Pick. Probably the most topical and literate scare since Or son Welles' War of the Worlds radio broadcast. This is action-packed social-political satire with a global view. Brooks [is] America''s most prominent maven on the living dead.

It is gripping reading and a scathing indictment of weak responses to crises real and over-hyped. A sober, frequently horrifying and even moving account. Brooks has delivered a full-blown horror novel, laced with sharp social and political observations and loads of macabre, gruesome imagery. The real horror of World War Z comes from the all-too-plausible responses of human beings and governments to the menace.

A horror fan''s version of Studs Terkel''s The Good War. Like George Romero''s Dead trilogy, World War Z is another milestone in the zombie mythology.

Brooks commits to detail in a way that makes his nightmare world creepily plausible. Far more affecting than anything involving zombies really has any right to be.

Opens in blood and guts, turns the world into an oversized version of hell, then ends with and affirmation of humanity's ability to survive the worst the world has to offer. It feels like the right book for the right times, and that's the eeriest detail of all. The best science fiction has traditionally been steeped in social commentary.

World War Z continues that legacy. We haven''t been this excited about a book without pictures since-well, since ever. Each story locks together perfectly to create a wonderful, giddy suspense. Brooks also has the political savvy to take advantage of any paranoia a modern reader might feel. The perfect book for all us zombie junkies.

Dust jacket - none, as issued. We have moved the extensive text we used to have here to those FAQs.

Please do not ask us to do otherwise. The item "Signed by author, World War ZOral History of Zombie War, Max Brooks, Easton Press" is in sale since Thursday, November 24, 2016. This item is in the category "Books\Fiction & Literature". The seller is "red_dragon_books" and is located in San Luis Obispo, California. This item can be shipped worldwide.