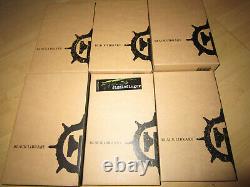 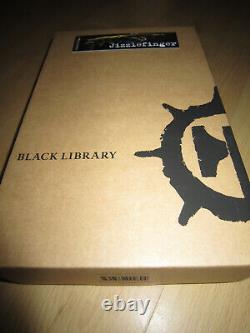 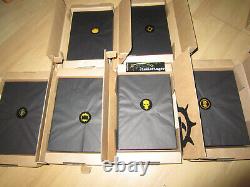 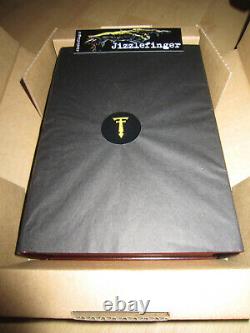 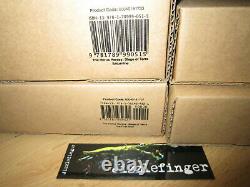 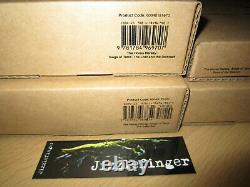 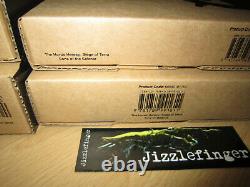 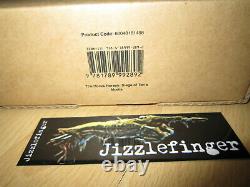 Jizzlefinger brings you the first 5 books in the. THE LOST AND THE DAMNED. By Dan Abnett, MORTIS by John French and the first two Novellas in the series. Published in 2019 to 2021 by Black Library. All the books are in MINT condition, brand new and unread, all come in their original boxes with the publishers wrapping still intact.

By the respective authors and all are Limited to. After years of devastating war, Horus and his forces have arrived at Terra.

But before they can set foot on the Throneworld, they must first break the defences of the Sol system. Powerful fleets and cunning defences bar their path but can anything hope to halt the advance of the Traitor armada?

The final act of the long-running, bestselling series starts here, with a brutal and uncompromising look at the first stage of the Siege of Terra, the war to conquer the solar system. Armies will fall, heroes will rise and legends will be written. After seven years of bitter war, the end has come at last for the conflict known infamously as the Horus Heresy. Terra now lies within the Warmasters sights, the Throneworld and the seat of his fathers rule. Horus desire is nothing less than the death of the Emperor of Mankind and the utter subjugation of the Imperium.

He has become the ascendant vessel of Chaos, and amassed a terrible army with which to enact his will and vengeance. But the way to the Throne will be hard as the primarch Rogal Dorn, the Praetorian and protector of Terra, marshals the defences. First and foremost, Horus must challenge the might of the Sol System itself and the many fleets and bulwarks arrayed there. To gain even a foothold on Terran soil, he must first contend the Solar War. Thus the first stage of the greatest conflict in the history of all mankind begins.

Vinyl cover with metal centerpiece and foiling. Curved and ribbed spine with ribbon bookmark. Includes 8 pages of colour art and a concertina map.

Individually numbered from an edition of 2,500. The Solar War is over. The Siege of Terra has begun. As the Traitors unleash their deadliest weapons, the defenders of the Throneworld face nightmare and plague but Terra must stand.

On the thirteenth day of Secundus, the bombardment of Terra began. With the solar defences overcome through the devastating strength of the Traitor armada and the power of the warp, Horus launches his assault on the Throneworld in earnest. After withstanding a ferocious barrage of ordnance, an immense ground war commences outside the Palace with every inch gained paid for in the lives of billions. The front lines are beyond horrific and the very air is reduced to poison and blood.

Bodies are thrown into the meat grinder but the outer redoubts cannot possibly hold for long, even with the loyal primarchs to reinforce them. For Horus has his own generals to call upon. Between the plague weapons of Mortarion and the fury of Angron, the defenders face a losing battle. Vinyl cover with metal centrepiece and foiling.

The outer defences have fallen, and the walls of the Imperial Palace await the Traitors. Perturabo is determined to tear down the mighty edifices his brother and bitter rival Rogal Dorn has built but first he must take the Lion's Gate Spaceport, so that his heaviest weapons can land.

It's time for Rogal Dorn's defences to get their real test the attention of Perturabo and the Iron Warriors. The irresistible force meets the immovable object and carnage ensues. The war for the fate of mankind blazes on. Though the outer defences have fallen, the walls of the Palace itself remain inviolate as Rogal Dorn, the Praetorian of Terra himself, uses every known stratagem and ploy to keep Horus' vast armies at bay.

In Perturabo, the Traitor siegebreaker, Dorn faces an adversary worthy of his skill. A terrible, grinding attrition ensues.

The crucial battle for the Lion's Gate spaceport is at the heart of this conflict. With it in their possession, the Traitors can land their most devastating weapons on Terran soil. Dorn knows it must not fall. But with enemies attacking from within as well as without and the stirrings of the neverborn drawn to the slaughter, can the Imperial defenders possibly prevail? As the traitors tighten their grip on Terra, Rogal Dorn must marshal the Imperial hosts to weather the storm.

But not all of the defenders will survive the onslaught. Experience one of the crucial stages of the Siege, as Rogal Dorn and Horus match wits in a game of Regicide where the board is the Throneworld itself, and one wrong move could lead to utter devastation. The Traitor Host of Horus Lupercal tightens its iron grip on the Palace of Terra, and one by one the walls and bastions begin to crumple and collapse. Rogal Dorn, Praetorian of Terra, redoubles his efforts to keep the relentless enemy at bay, but his forces are vastly outnumbered and hopelessly outgunned.

Dorn simply cannot defend everything. Any chance of survival now requires sacrifice, but what battles dare he lose so that others can be won? Is there one tactical stroke, one crucial combat, that could turn the tide forever and win the war outright? After a series of victories, the Imperial forces are on the back foot once more. The power of Chaos is rising, the Traitors gain ground, and all hope seems lost. Delve back into the biggest war in Imperial history, which is getting even bigger as Traitor Titans land and the influence of the warp grows, plaguing the defenders in all sorts of vile ways. The victories of Saturnine and the sacrifices of the Eternity Wall space port have faded into the hope of yesterday. Denied but not defeated, the Traitors intensify their assault on the Imperial Palace. With the principal space ports in Horus hands, the Warmaster now drains the heavens of his reserves. As the pressure of the assault increases, the power of Chaos waxes.

The waking lives of the defenders are filled with despair, while their dreams pull them in search of a false paradise. As the fabric of the defences fails and the will of those who stand on them cracks, Horus commands the Titans of the Legio Mortis to breach the walls. Against them stands the might of Mercury Wall and the strength of the Legio Ignatum. Ancient rivals, the god-engines of both Legions meet in battle, while within the walls a few desperate individuals seek a way to turn back the tide of the warps malign influence. Across Terra lost warriors and travellers make their way through wastelands and gardens of horror, towards home and an unknown future.

Leatherette cover with metal centrepiece and foiling Curved and ribbed spine with ribbon bookmark Gilt-edged pages Colour chapter start pages Includes 8 pages of colour art and a concertina map Signed by John French Individually numbered from an edition of 2,500. The Shattered Legions have come to Terra but when the Kryptos delivers a message of doom, the crew of the Sisypheum are drawn into their most dangerous mission yet, deep beneath Luna, where their actions could alter the fate of the galaxy. Discover the epic conclusion to the long journey of the Sisypheum through the Horus Heresy in a novella packed with revelations and action that expands the scope of the Siege of Terra. The Shattered Legions crew of the Sisypheum, broken and at the end of their endurance, find themselves divided; torn between following their resurrected captain on a suicidal mission or obeying orders to return to Terra and rejoin their Legion brothers. Following a series of garbled messages intercepted by the Kryptos, the divided warriors descend to the shattered surface of Luna. Here, their bonds of loyalty, duty, as well as their devotion to one another, will be tested as ancient horrors of the earliest days of gene-manipulation are unleashed, and a long-buried secret is revealed. A secret that will have far-reaching consequences for the future course of the galaxy, no matter who eventually claims Terra.

Just 2,500 copies available. In the midst of the Siege of Terra, Magnus the Red embarks on a very personal mission one that will bring him face-to-face with the Emperor once more! Discover the end of Magnus' journey from Prospero to treachery on Terra in a deeply moving and elegiac tale that sees him finally choose his side and take his place amongst his brothers.

Of all the Emperors sons who fell to Chaos, it is perhaps Magnus the Red whose tale is the most tragic. Sanctioned because of his desire for knowledge, chastised, judged, and shattered to his very elements there is much for the Crimson King to feel vengeful for.

Yet revenge is not the only thing that draws him to Terra alongside the Warmasters besieging armies. He seeks something, a fragment, the missing piece of himself that lies within the most impregnable place on the planet the inner sanctum of the Imperial Palace. As the greatest conflict of the ages reaches fever pitch, Magnus fights his own inner battle. To be whole once more, he must not only overcome the fiercest of defences, but also face the one being whom he loves and hates with equal fervour more than any other his errant father, the Emperor of Mankind.

The item "SIEGE OF TERRA books 1-5 + Novellas MINT SIGNED LIMITED EDITIONS Warhammer 40K" is in sale since Saturday, January 16, 2021. This item is in the category "Books, Comics & Magazines\Fiction". The seller is "jizzlefinger" and is located in Colchester. This item can be shipped worldwide.