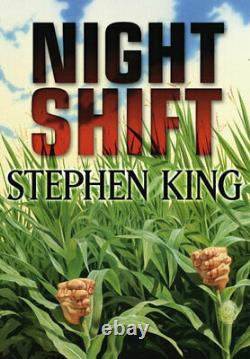 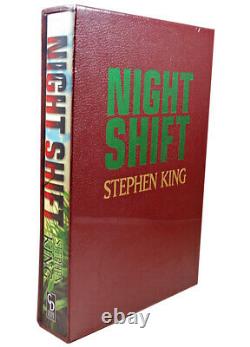 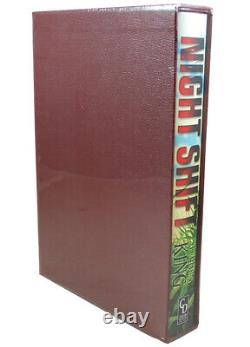 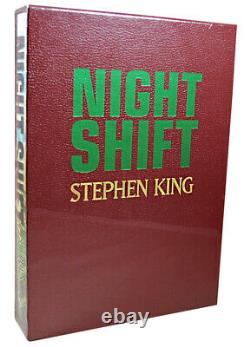 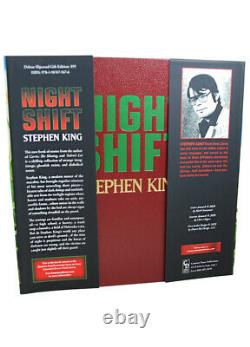 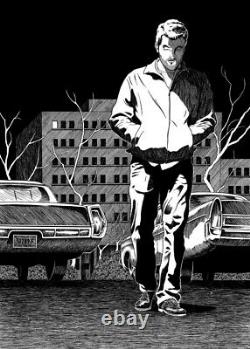 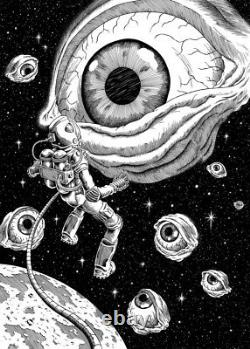 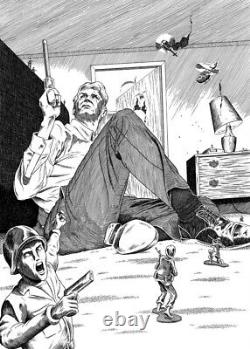 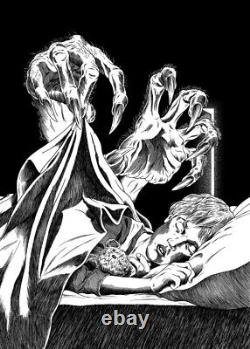 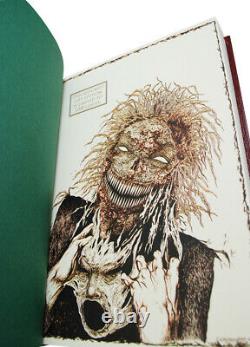 The thing under my bed waiting to grab my ankle isn't real. I know that, and I also know that if I'm careful to keep my foot under the covers, it will never be able to grab my ankle. Night Shift: The Deluxe Special Limited Gift Edition.

A Collectible Limited ONE TIME PRINTING featuring an afterword by Stewart O'Nan, two full-color paintings by Mark Stutzman, TWENTY pieces of interior artwork by Chris Odgers, and TWO BONUS STORIES that have never appeared in any edition anywhere in the world! Volume Four in The Stephen King Doubleday Years Set!

Featuring two pieces of full-color artwork by Mark Stutzman and TWENTY black and white interior illustrations by Chris Odgers. Cemetery Dance has an exclusive deal to produce a six volume set of special collectible editions of Stephen King's early books that were originally published by Doubleday back in the 1970s and early 1980s! Carrie,'Salem's Lot, The Shining, Night Shift, The Stand.

Six classics of the horror genre and all-time Stephen King fan favorites! These are the books that launched King's career and made him a household name, and these special editions will be beautiful and oversized volumes like they've published for. From a Buick 8, It, Doctor Sleep. And many other King books over the years.

This new book of stories from the author of. Is a chilling collection of strange imaginings, ghoulish twists, and diabolical terror.

Stephen King, a modern master of the macabre, has brought together nineteen of his most unsettling short piecesbizarre tales of dark doings and unthinkable acts from the twilight regions where horror and madness take on eerie, unearthly forms... Where noises in the walls and shadows by the bed are always signs of something dreadful on the prowl. The settings are familiar and unsuspecteda high school, a factory, a truck stop, a laundry, a field of Nebraska corn. But in Stephen King's world and place can serve as devil's ground... If the time of night is propitious and the forces of darkness are strong, and the victims are caught just slightly off guard.

In the ominous, frightening world of Stephen King there are things unimagined, almost unspeakable, working the. Strange presences in Jerusalem's Lot, a town abandoned for generationsand with good reason. No one who wanders there now, after the sun has set, ever comes back alive...

And the hideous growths on the hands of a former astronauttiny round and yellow eyes popping through the skin, watching him, not liking what they see... And the mysterious little girl lost in a fierce Maine blizzard, calling out to her rescuers in a pitiful voice. Of the deep, drifting snowand she leaves no tracks... And the grim-faced children in a Midwest town where no one seems to live past the age of nineteen...

And the vermin in the second sub-celler of the old millabandoned to darkness for a hundred years and now assuming shapes and sizes nature never intended them to take... And the giant folding and steam pressing machine in the Blue Ribbon Laundryan impressive and reliable piece of equipment, until it got its first taste of human blood.. Special Features For This Deluxe Special Edition.

A foreword by Stephen King an introduction by John D. MacDonald a brand new afterword by Stewart O'Nan two bonus stories ("The Glass Floor" and "Weeds") that have never appeared in any edition anywhere in the world deluxe oversized design (7 inches X 10 inches) featuring two color interior printing printed on a heavy interior specialty paper stock that is much thicker than the paper in a normal trade edition custom-made slipcase for the Gift Edition, custom-made traycase for the Numbered Artist Edition, and custom-made three piece traycase for the Deluxe Lettered Artist Edition epic wrap-around full color dust jacket artwork by Mark Stutzman for the Gift Edition a different full color dust jacket for the Numbered Artist Edition painted by Mark Stutzman TWENTY black and white interior illustrations by Chris Odgers see just a. Signature sheet artwork for all three editions by Glenn Chadbourne high-quality endpapers and fine bindings extremely collectible print run that is a tiny fraction of the TENS OF MILLIONS of copies of this novel you've seen in bookstores over the years! Very Fine/Very Fine without any discernible flaws.

THIS LISTING IS FOR THE FIRST STATE 1. Slipcased Oversized Hardcover Gift Edition of only 3,000 copies printed in two colors on a specialty paper stock; bound with a fine binding, two color hot foil stamping, and embossed endpapers; and featuring a unique black-and-white limitation page with artwork by Glenn Chadbourne. Traycased Oversized Hardcover Numbered Artist Edition signed by the artists and limited to only 750.

King has published 61 novels, including seven under the pen name Richard Bachman, and five non-fiction books. He has also written approximately 200 short stories, most of which have been published in book collections.

King has received Bram Stoker Awards, World Fantasy Awards, and British Fantasy Society Awards. In 2003, the National Book Foundation awarded him the Medal for Distinguished Contribution to American Letters. He has also received awards for his contribution to literature for his entire bibliography, such as the 2004 World Fantasy Award for Life Achievement and the 2007 Grand Master Award from the Mystery Writers of America. In 2015, he was awarded with a National Medal of Arts from the U.

National Endowment for the Arts for his contributions to literature. He has been described as the "King of Horror", a play on his surname and a reference to his high standing in pop culture. Best known for his rendition of the young Elvis Presley Stamp. Illustrations are used in advertising, on products, posters, magazines, book covers, and other niche markets.

He has created artwork for movie products and premiums for. As well as book covers for Stephen King and is an acclaimed playing card artist.

With a client list topped by McDonald's, DC Comics, MAD magazine. He's had the opportunity to influence many worlds through his illustrative works. Stutzman works with clients from around the globe in the quiet comfort of his remote studio. Is an illustrator from Cornwall in the south west of England.

He has worked on a broad range of illustration projects from book and magazines to album artwork, clothing, skateboards, up to large wall installations and gallery exhibitions. Aside from freelance work Chris owns and operates a small press picture book company Sawhorse Books which serves as a steady platform to publish his own self written and illustrated books.