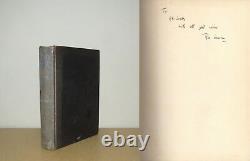 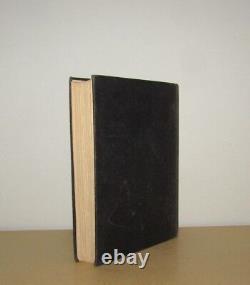 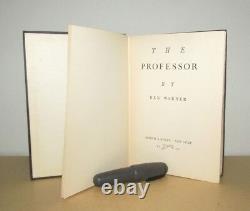 This is a signed first edition in good condition. It was published by Alfred A Knopf in 1939. Was Rex Warner's second novel, published in 1938, only a year after his groundbreaking first novel. It is one of the most extraordinary and enduring political novels from the 1930's and further confirmed Warner's status as a major writer. A Professor of Classics is appointed Chancellor of his (unnamed) country, under threat from both the government of a neighbouring country and its own fascist party. The Professor is a staunch believer in the liberal values his own country espouses but considers himself'above politics', in contrast with his son, a revolutionary.

The Professor's conviction that he must not enter into the political arena means that he finds himself unable to defend his liberal beliefs, even as he and his country are thrown into chaos. The consequences are violent and shocking. This is a 1st Edition / 1st Printing (States -'First American Edition'). Book - Good - rubbing/bumping/wear to the corners and edges, a lean and some creasing to the spine, marking, fading, staining and discolouration to the covers, a knock to the page edges, some bumping and creasing to several page corners and edges, some marking, discolouration and v.

Slight foxing to the page edges and a few pages and soft tanning to the pages. Dust Jacket - Not Present. Photos/scans are always of the actual book for sale, and more can be supplied upon request. Specialise in First Editions and in particular Signed First Editions.

I do combine P&P costs, and I do post Worldwide. This item is in the category "Books, Comics & Magazines\Antiquarian & Collectable". The seller is "chicotthejester" and is located in this country: GB. This item can be shipped worldwide.