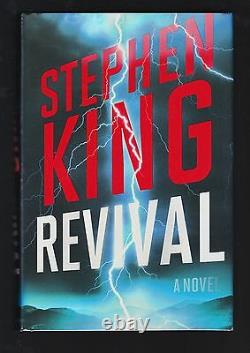 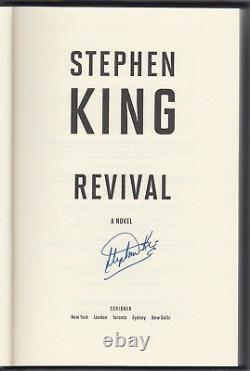 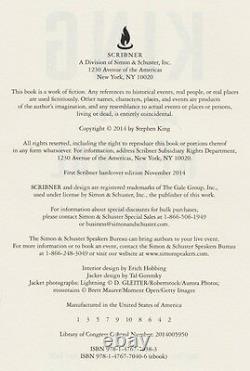 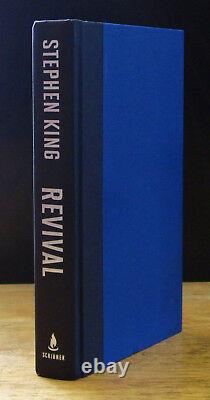 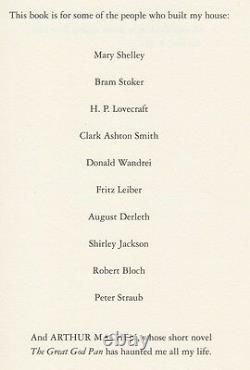 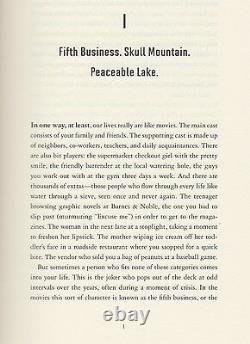 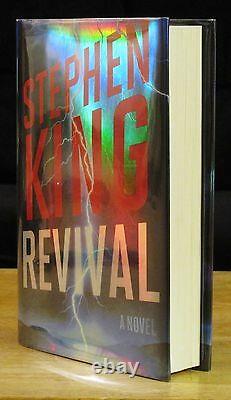 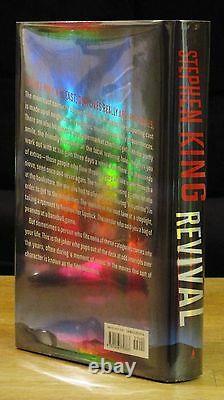 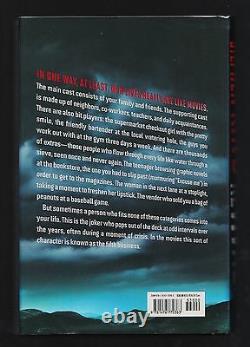 Dramatic, holographic wrap-around jacket design w/bold red and silver titles behind dramatic lightning strike of mountain side in hues of green, purple, and red by Tal Goretsky. Rare, near fine, signed first edition in same wrapper. A dark and electrifying novel about addiction, fanaticism, and what might exist on the other side.

In a small New England town, half a century ago, a shadow falls over a boy playing with toy soldiers. Little Jamie Morton looks up to see a striking man: the new minister. Charles Jacobs, along with his beautiful wife, will transform the local church. The men and boys are all a bit in love with Mrs. The women and girls feel the same about Reverend Jacobs - including Jamie's mother and beloved sister, Claire. With Jamie, the Reverend shares a deeper bond based on a secret obsession. When tragedy strikes the Jacobs family, the charismatic preacher curses God, mocks all religious belief, and is banished from the shocked town.

Jamie has demons of his own. Wed to his guitar from the age of thirteen, he plays in bands across the country, living the nomadic lifestyle of bar-band rocker while fleeing from his family's horrific loss. Now in his mid-thirties -- addicted to heroin, stranded, desperate -- Jamie meets Charles Jacobs again, with profound consequences for both.

Their bond becomes a pact beyond even the Devil's devising, and Jamie discovers that revival has many meanings! This rich and disturbing novel spans five decades on its way to the most terrifying conclusion Stephen King has ever written. A masterpiece, in the great American tradition of Frank Norris, Nathaniel Hawthorne, Edgar Allan Poe, and Welsh mystic and author Arthur Machen's novella The Great God of Pan. 8vo - over 7¾ - 9¾ Tall. The item "REVIVAL (2014) STEPHEN KING, SIGNED, 1ST EDITION, 1ST PRINTING IN DJ" is in sale since Friday, August 10, 2018.

This item is in the category "Books\Antiquarian & Collectible". The seller is "mediumisthemessagemedia" and is located in Gladstone, Michigan.

This item can be shipped to United States, all countries in Europe, Japan.