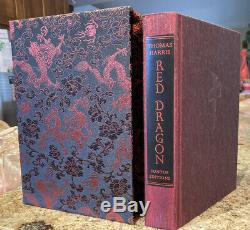 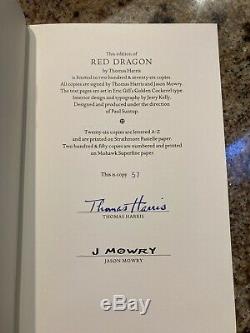 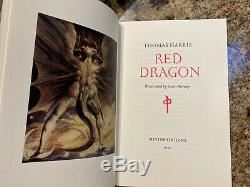 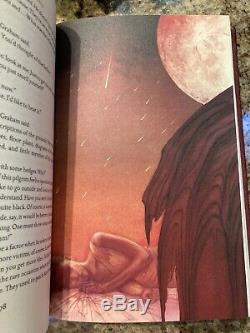 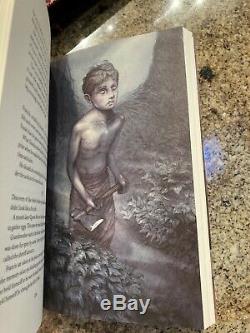 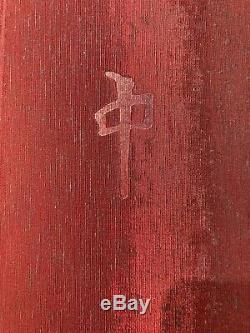 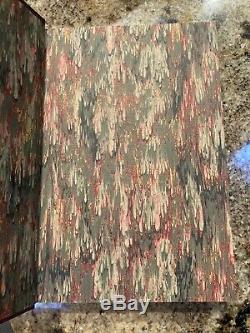 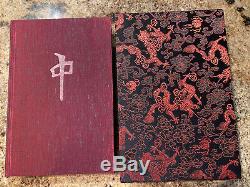 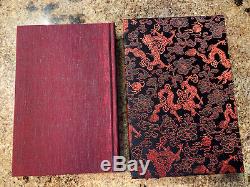 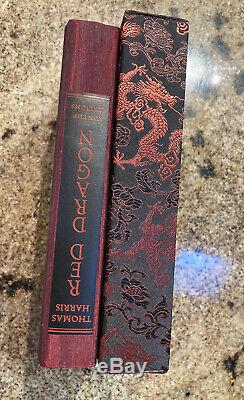 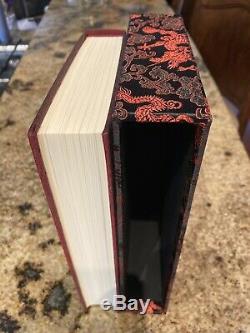 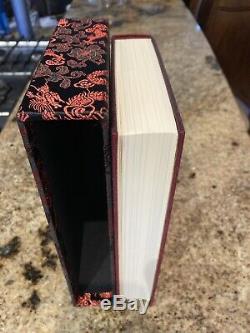 The book for sale is a beautiful signed, limited edition by Thomas Harris' Red Dragon, published by Suntup Press in 2020. This signed, numbered edition was limited to only 250. The book is brand new and in fine condition, see photos.

The slipcase is brand new and in fine condition, see photos. There are no interior markings, other than Harris' signature. The spine and boards are straight This is an amazing production of a rare signed edition of Harris' first Hannibal novel.

Let me know if you have questions or would like to see more photos. From the Suntup Press website. The Numbered edition of 250 copies is bound in a luxurious Japanese iridescent cloth with a blind stamped cover.

Endsheets are decorative marbled paper from France and the edition is printed two color throughout on Mohawk Superfine. The slipcase enclosure is covered in a unique brocade kimono fabric with a brilliant metallic sheen. The edition is signed by Thomas Harris and Jason Mowry. Hailed by critics as gruesome, graphic, and all too realistic, Red Dragon by Thomas Harris was first published in 1981 and marked a turning point in the way crime novels were written. The first novel in the widely acclaimed Hannibal Lecter series, Red Dragon added a sense of realism to the crime novel while injecting it with a heavy dose of horror. Harris took criminology classes to prepare for the novel, while working closely with FBI Behavioral Science agents. His extensive research was poured into creating one of the most iconic villains in history: Hannibal Lecter. In Red Dragon, former FBI profiler Will Graham comes out of retirement to apprehend a serial killer known as The Tooth Fairy, but to do so he must enlist the help of Lecter, a brilliant psychiatrist and cannibalistic serial killer with whom he has a dark past. Harris writes his villains with a profound complexity. This, combined with his attention to the detail of FBI and police operations, added harrowing realism to his novel, and to the genre itself. The success of Red Dragon would lead to two sequels and a prequel in the Hannibal series. The book has been adapted into two feature films; Manhunter in 1986 and Red Dragon in 2002.