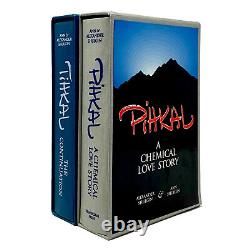 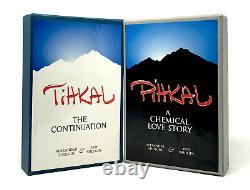 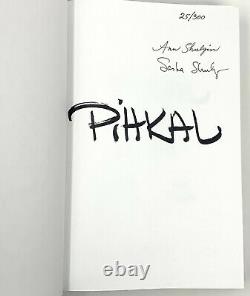 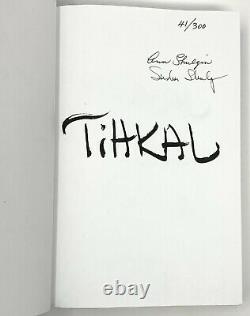 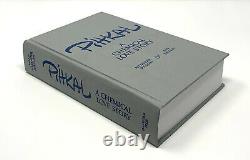 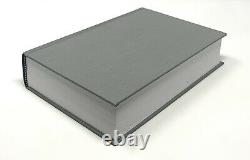 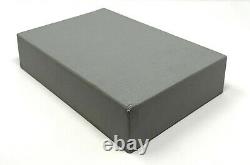 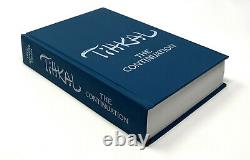 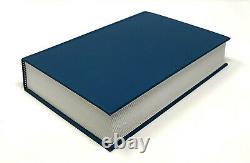 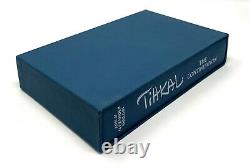 Pikhal: A Chemical Love Story and Tihkal: The Continuation. Scarce limited edition slipcased set of Alexander and Ann Shulgin's seminal work, signed and numbered by both to the half-title pages of each volume.

Pihkal, originally published in 1991, is arranged in two parts, the first being a fictionalized autobiography of the couple and the second describing 179 different psychedelic compounds (most of which Shulgin discovered himself), including detailed synthesis instructions, bioassays, dosages, and other commentary. Tikhal, published in 1997, is similarly arranged, picking up where the Pihkal's autobiography left off and continuing with a wide-ranging collection of essays on topics ranging from psychotherapy, Jung, the prevalence of DMT in nature, ayahuasca and the War on Drugs. The second part is a detailed synthesis manual for 55 psychedelic compounds (again, many were discovered by Alexander Shulgin himself), including their chemical structures, dosage recommendations, and qualitative comments.

An immensely important work by the godfather of psychedelics. Volume 1 (number 25/300 limited copies and a fourth printing) is in near fine or better condition, appearing unread with a firm binding. The slipcase paper covering is beginning to lift, else fine.

Volume 2 (41 of 300 copies and the first printing) is in near fine condition, appearing unread as well. A bit of foxing to endpapers, else clean. Slipcase shows a trace of rubbing and foxing. Based in Minneapolis, Minnesota, The Rare Book Sleuth is a rare and antiquarian book dealer specializing in modern first editions, signed copies and notable rarities.

As a proud member of the IOBA, the Rare Book Sleuth adheres to the highest standards of professionalism in the field. All books are guaranteed as described and returnable for any reason within 30 days. The item "Pihkal and Tihkal, Alexander and Ann Shulgin. Signed Limited Hardcover Editions" is in sale since Wednesday, August 19, 2020. This item is in the category "Books\Antiquarian & Collectible".

The seller is "rarebooksleuth" and is located in Saint Paul, Minnesota. This item can be shipped worldwide.