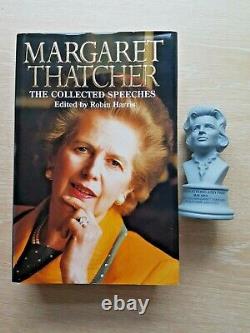 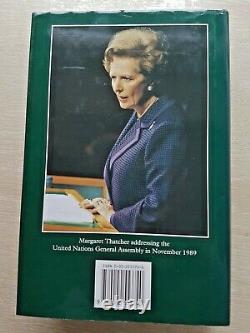 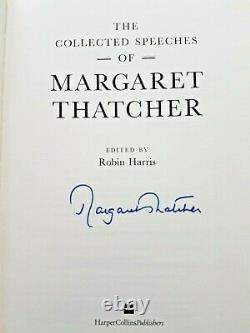 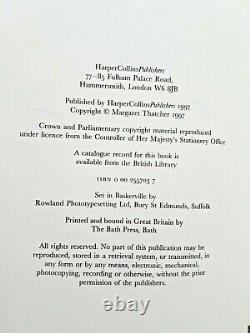 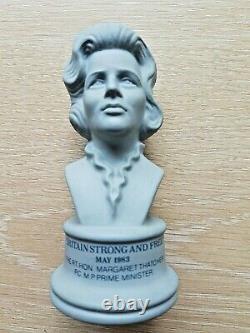 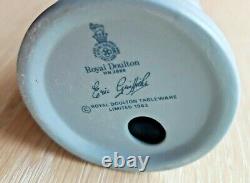 MARGARET THATCHER - The Collected Speeches, Harper Collins, 1997, Signed, First Edition First Impression. This single volume contains Margaret Thatcher's most important speeches, all accompanied by commentary from one of her closest advisors. An intriguing insight into the mind of one of the great political figures. In extremely clean condition with minimal cover and shelf-wear , lovely white pages, no inscriptions, looks unread and neatly signed, without dedication, to the title page in blue pen. Also included is a Royal Doulton bust from May 1983 "Britain Strong and Free" - the year after the Falklands War and one month before the 1983 General Election when the Conservative Party won a landslide majority.

Signed copies of The Collected Speeches are very rare. From a smoke free environment. The item "Margaret Thatcher The Collected Speeches Harper Collins 1997 Signed 1/1" is in sale since Friday, January 24, 2020. This item is in the category "Books, Comics & Magazines\Antiquarian & Collectable". The seller is "lonote-uk" and is located in Glasgow.