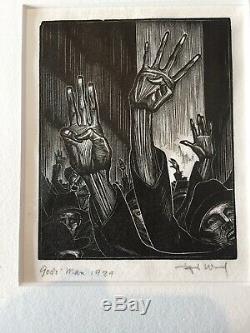 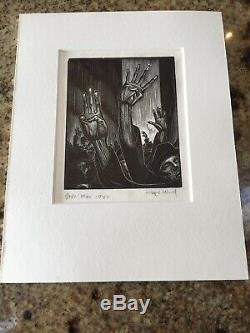 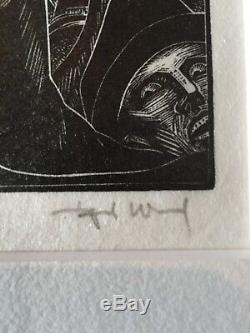 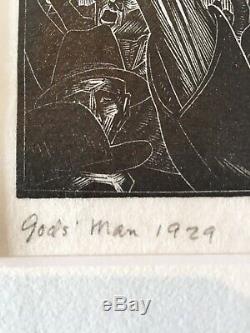 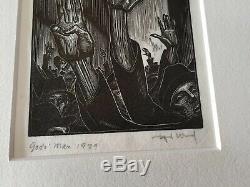 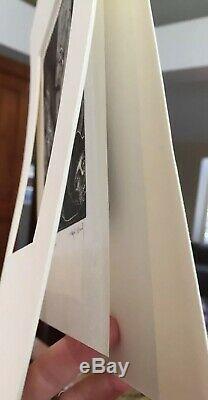 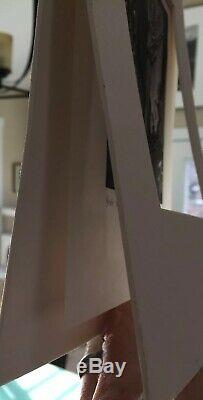 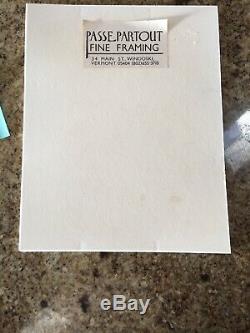 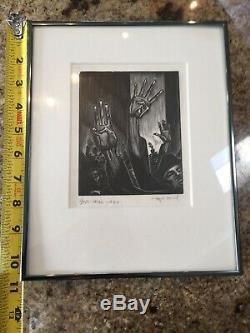 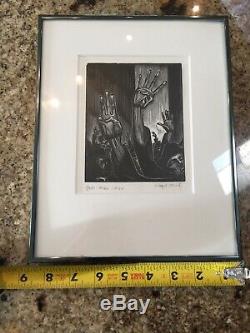 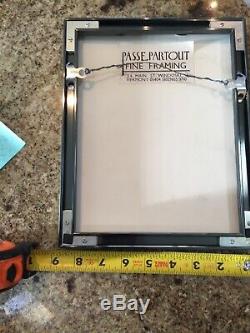 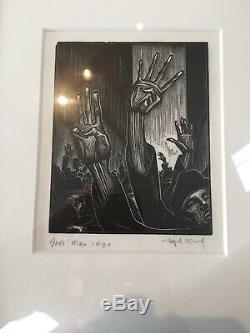 For sale is a signed, limited edition wood engraving by Lynd Ward from his wordless novel Gods' Man published in 1929. I believe this is plate 13 and has the title'Rally' attributed to it. The wood engraving is pencil signed, titled, and dated by Ward. The image itself measure 5" x 4".

The overall frame measures 8" x 10". The image is printed upon very thin Chine applique-type paper. The print has been professionally matted and framed. The image, sheet, matting, and frame are all in fine condition with no noticeable flaws, see photos. I have been unable to find how many of these wood engravings were produced or whether this was produced at the time of the original novel or later.

I found one other example of this print that is owned by. Otherwise, I don't have a lot of other information. A beautiful production of this rare print from Ward's seminal work that spawned the modern graphic novel. Let me know if you have any questions or would like to see more pictures. Please take a look at my other signed, limited edition items for sale.

Gods' Man is a wordless novel by American artist Lynd Ward (19051985) published in 1929. In 139 captionless woodblock prints, it tells the Faustian story of an artist who signs away his soul for a magic paintbrush.

Gods' Man was the first American wordless novel, and is considered a precursor of the graphic novel, whose development it influenced. The artwork for Gods' Man is executed in black and white; the images vary in size and dimension, up to 6 by 4 inches (15 cm × 10 cm), the size of the opening and closing images of each chapter. Ward uses symbolic contrast of dark and light to emphasize the corruption of the city, where even in daylight the buildings darken the skies; in the countryside, the scenes are bathed in natural light. Ward exaggerates facial expression to convey emotion without resorting to words.