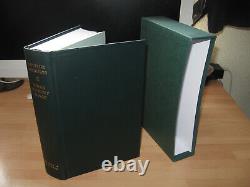 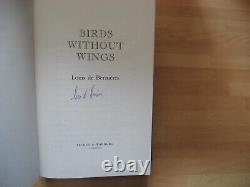 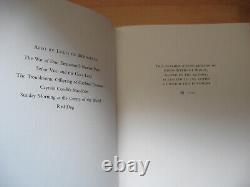 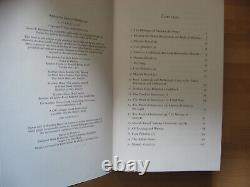 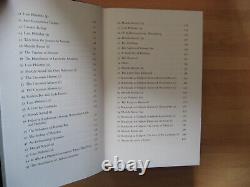 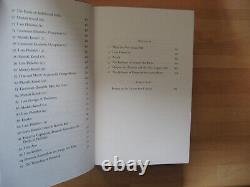 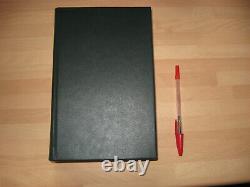 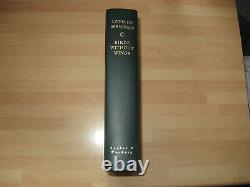 A beautiful leather bound signed & numbered limited edition of this epic 2004 6th novel from English author Louis de Bernieres. He rose to worldwide attention when his 4th novel, 1994's' Captain Corelli's Mandolin' became an international bestseller (memorably later being adapted into a movie in 2001 starring Nicholas Cage, John Hurt and Penelope Cruz). Birds Without Wings' published by Secker and Warburg in London in 2004, 1st edition, standard modern hardback, [xiv] + 625 pages. Flat hand signed by the author at the title page, he has then also hand numbered the limitation page, to confirm this copy is number 54 from the limited edition release of just 100 copies worldwide of this special leather bound edition.

In very fine unread condition, dark green leather titled in gilt to the spine, head and tail bands, ribbon page marker, no dustjacket as issued. Housed in a dark green slipcase. This is quite a heavy book, weighing 1.25kg before being securely packed. Set against the backdrop of the collapsing Ottoman Empire.

Traces the fortunes of one small community in south-west Anatolia - a town in which Christian and Muslim lives and traditions have co-existed peacefully for centuries. When war is declared and the outside world intrudes, the twin scourges of religion and nationalism lead to forced marches and massacres, and the peaceful fabric of life is destroyed. Is a novel about the personal and political costs of war, and about love: between men and women; between friends; between those who are driven to be enemies; and between Philothei, a Christian girl of legendary beauty, and Ibrahim the Goatherd, who has courted her since infancy. Epic in sweep, intoxicating in its sensual detail, it is an enchanting masterpiece. A more ambitious novel than. A mesmerising patchwork of horror, humour and humanity'?

Multiple items - Please review my other listings to see if there are any other items which are of interest to you. I will be regularly listing items for sale, please save me as one of your favourite sellers for the future, thanks. This item is in the category "Books, Comics & Magazines\Antiquarian & Collectable". The seller is "markr9884" and is located in this country: GB.

This item can be shipped to United Kingdom.