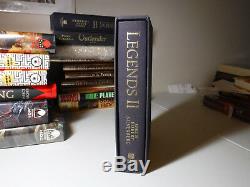 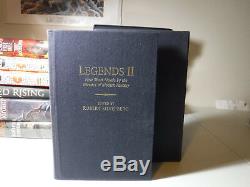 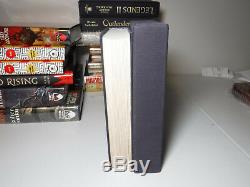 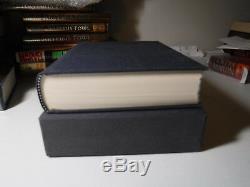 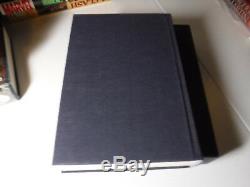 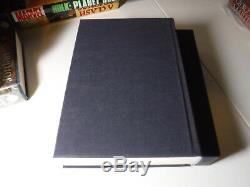 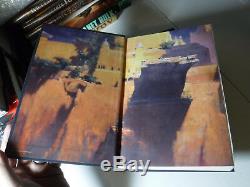 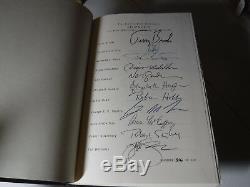 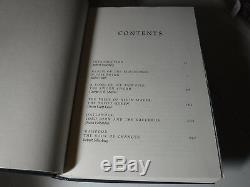 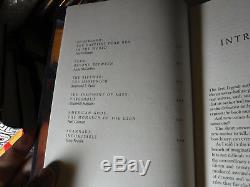 Legends II edited by Robert Silverberg. Signed and Limited to 500 copies. Every author an absolute legend in the genre! Or is it a memory? MARTIN continues the adventures of Dunk, a young hedge knight, and his unusual squire, Egg, in "The Sworn Sword, " set a generation before the events in A Song of Ice and Fire. " ORSON SCOTT CARD tells a tale of Alvin Maker and the mighty Mississippi, featuring a couple of ne'er-do-wells named Jim Bowie and Abe Lincoln, in "The Yazoo Queen. " DIANA GABALDON turns to an important character from her Outlander saga--Lord John Grey--in "Lord John and the Succubus, a supernatural thriller set in the early days of the Seven Years War.

ROBERT SILVERBERG spins an enthralling tale of Majipoor's early history--and remote future--as seen through the eyes of a dilettantish poet who discovers an unexpected destiny in The Book of Changes. " TAD WILLIAMS explores the strange afterlife of Orlando Gardiner, from his Otherland saga, in "The Happiest Dead Boy in the World. " ANNE McCAFFREY shines a light into the most mysterious and wondrous of all places on Pern in the heartwarming "Beyond Between. FEIST turns from the great battles of the Riftwar to the story of one soldier, a young man about to embark on the ride of his life, in The Messenger.