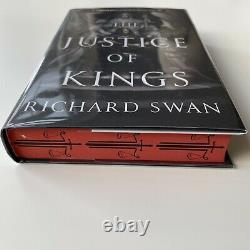 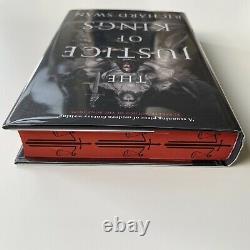 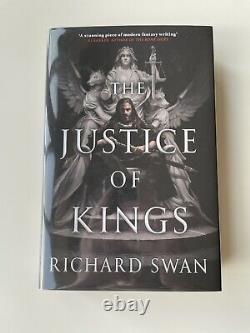 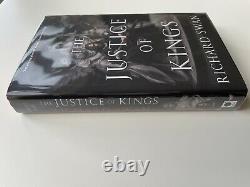 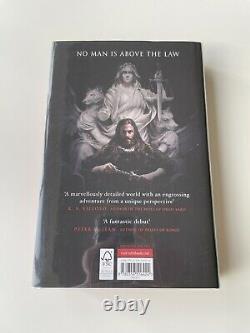 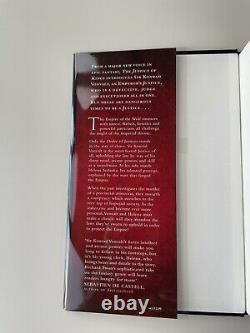 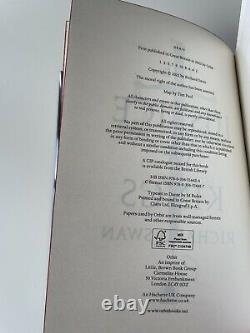 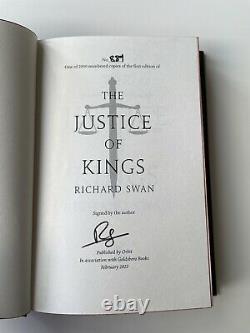 Justice Of Kings Richard Swan 1st Signed Edition Goldsboro Hardback Book GSFF. NO MAN IS ABOVE THE LAW. The Empire of the Wolf simmers with unrest.

Rebels, heretics and powerful patricians all challenge the power of the imperial throne. Only the Order of Justices stands in the way of chaos. Sir Konrad Vonvalt is the most feared Justice of all, upholding the law by way of his sharp mind, arcane powers and skill as a swordsman. At his side stands Helena Sedanka, his clerk and protégé, orphaned by the wars that forged the empire. When the pair investigate the murder of a provincial aristocrat, they unearth a conspiracy that stretches to the very top of imperial society.