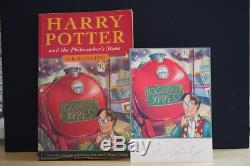 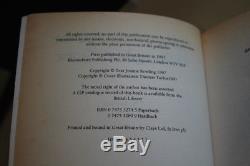 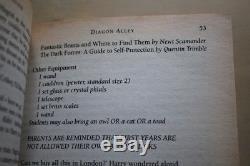 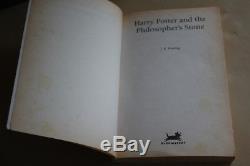 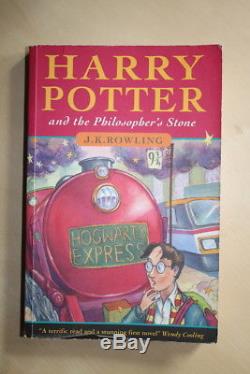 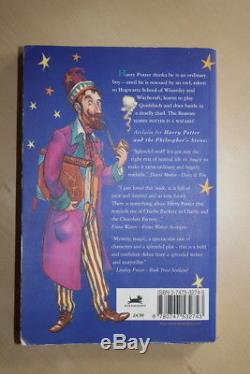 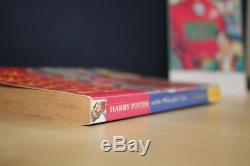 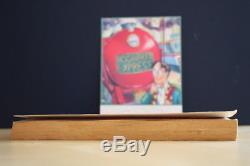 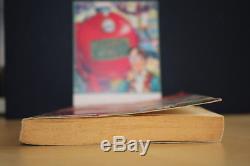 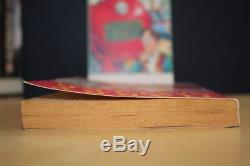 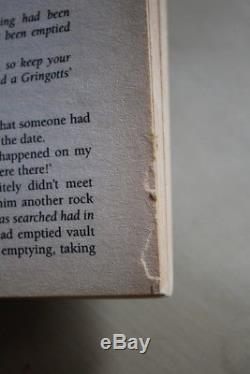 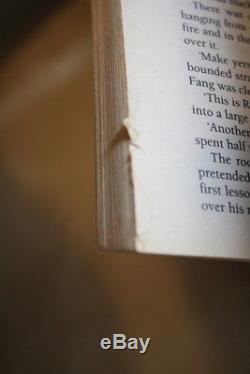 Rowling (1997) Harry Potter and the Philosophers Stone , UK first edition, first printing, published by Bloomsbury , issued in paperback. Together with a Thomas Taylor Hogwarts Express promotional card signed by JK Rowling. This is the true first edition which was published simultanously with the hardback edition. The hardback edition had print run of 500 copies; this paperback edition was published simultanously in a run of 5,150 copies Errington, 2017, p. On page 53 wand is listed twice. Most importantly, on the back cover'Philosopher's' is misspelled missing an'o' in "Acclaim for Harry Potter and the Philospher's Stone"; and " Hogwarts School of Wizardry and Witchcraft " has the wrong word order as it should have been Hogwarts School of Witchcraft and Wizardry. From the the second print onwards the errors at the back cover had been corrected! The Rowling signature is genuine and was certainly not penned before the year 2000 given that her signature looked different in the 1990s.

Condition: this is a very good condition copy. There are no library stamps, and no previous owners inscriptions inside the book of any sorts. No underlinings, no scribbles, no sketches etc. Inside the text as often seen in other examples.

The wrappers are unfaded with no tears, scratches or heavy creases. Slight edge wear to the wrappers with the most visible imperfaction at the bottom front cover where a little of the laminate has peeled of. The book has been read and the spine has the typical creases resulting from being opened.

However, the spine is unfaded and there is no lean or concavity which usually results when readers open the book up to the full extent and break the spine more heavily. The page block is yellowed/ aged which is common as the paper stock used by the publisher was of low quality. There is some foxing/ ageing spots on the back of the front panel, half-title and title page which disappears inside the text as shown in our images.

The lower edge of page 105 has a tiny loss of paper not affecting text as shown, and the small paper fragments are stuck onto page 104. The most plausible explanation is that the two page were stuck (which happens when not all pages were cut cleanly when going into the printer), and the reader simply opened the page causing this.

In all, a very good copy. In 1997 Rowling was an unknown author, copies were read and handled by children, and paperbacks being paperbacks, the vast majority of those 5,150 copies are quite badly damaged to varying degrees. We have more pictures upon request.

The paprback issue was intended for the general public. However, even some of the paperbacks ended up in libraries receiving corresponsing treatment. This is the book which started the global Harry Potter phenomenon. Highly sought after and a landmark book that will always hold its value given its pop culture significance.

This item is in the category "Books, Comics & Magazines\Antiquarian & Collectable". The seller is "firstandfine" and is located in Birmingham.