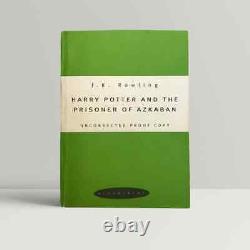 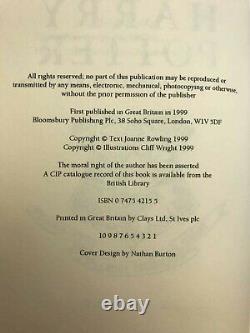 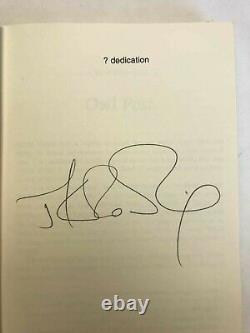 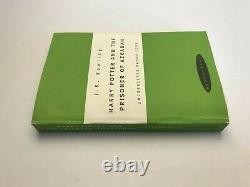 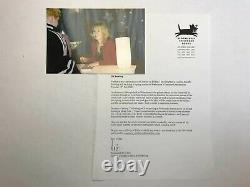 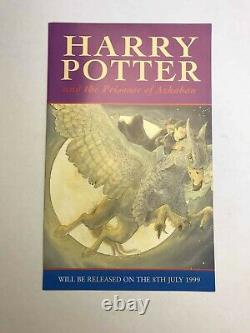 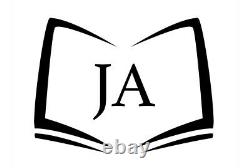 The state here, in green wrappers, is closer to the published version. Errington notes an unconfirmed print-run of 250 copies is generally accepted Bloomsbury, however, provides a figure of 150 copies pp.

This copy SIGNED on the dedication page (without dedication) by Rowling. The copy was signed at Waterstones, Newcastle on Monday 10th July 2000. A letter confirming the signing from Rosamund de la Hey, Head of Childrens Sales and Marketing at Bloomsbury is included, signed to the previous owner on a headed letter and details Rowlings arrival in a Rolls Royce to the venue.

Also included is an original photo of Rowling at the signing, as well as promotional material for the release of Azkaban from Bloomsbury (pictured). Copies of the proof seldom appear on the market. Signed copies with supporting material are exceptionally rare. JOHN ATKINSON BOOKS is a full-time professional bookseller in Harrogate, North Yorkshire.

We are members of the ABA, ILAB and PBFA and adhere to their guidelines. Rowling Harry Potter and the Prisoner of Azkaban SIGNED Green Proof" is in sale since Sunday, August 8, 2021. This item is in the category "Books, Comics & Magazines\Antiquarian & Collectable". The seller is "jatkinsonbooks" and is located in RIPON. This item can be shipped worldwide.