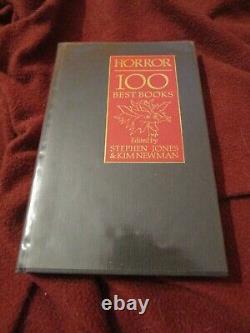 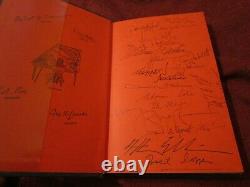 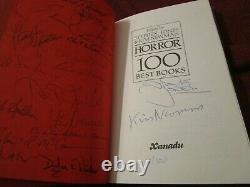 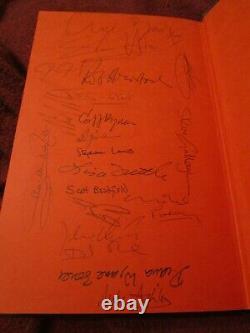 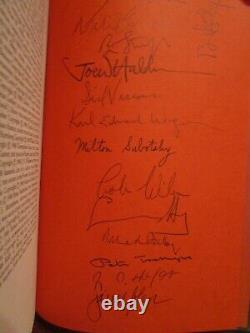 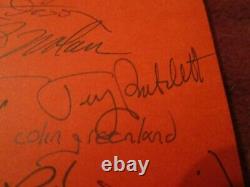 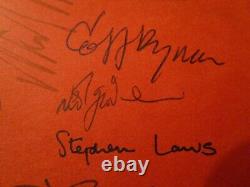 This is copy #62 of the 300 copy signed, limited edition of Horror: 100 Best Books edited by Stephen Jones & Kim Newman and published by Xanadu in 1988. The book contains essays written by accomplished authors and editors, where they had selected what they believed was the best book produced in the horror field which had not been previously selected. Because of the wide variety of tastes and styles, what resulted was a comprehensive look at the best novels, collections and anthologies produced up through the time of publication with selections ranging from subtle works which were only tangentially connected to the horror field to the most aggressively disturbing titles available.

The limited edition was signed by more than 75 of the contributors, and was one of the earliest signed/limited books to feature either Sir Terry Pratchett or Neil Gaiman. Note: one, and only one, of the autographs is an obvious fake, with "Sid Vicious" being written in where Jack Williamson normally signed the book.

The handwriting is suspiciously similar to that of Kim Newman. As Newman was one of the co-editors and Sid Vicious had died nine years prior to the signature pages being distributed, it's a reasoned guess that the signature was simply Newman having fun at one of the signing events. The item "Horror 100 Best Books SIGNED limited Terry Pratchett Neil Gaiman Harlan Ellison" is in sale since Thursday, February 25, 2021. This item is in the category "Books & Magazines\Books". The seller is "alienmotives" and is located in Plano, Texas.