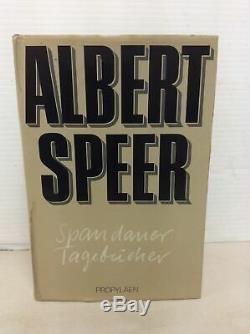 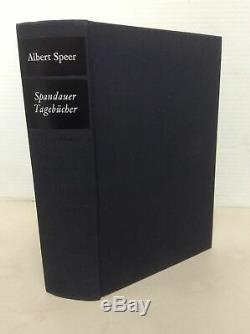 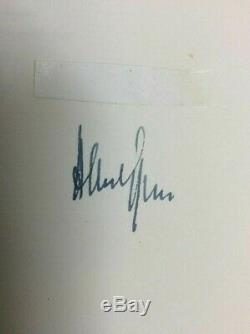 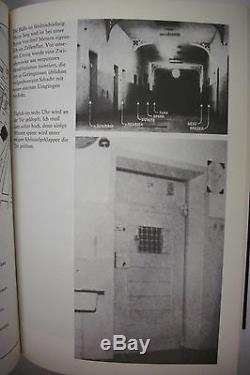 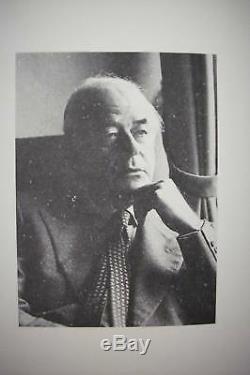 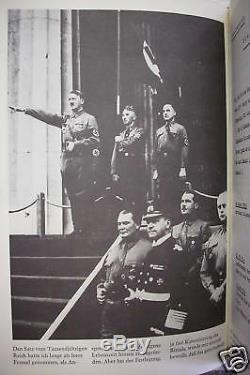 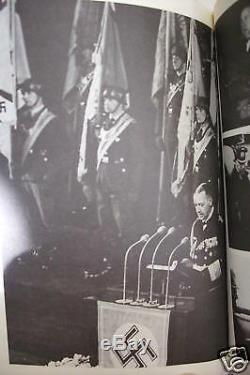 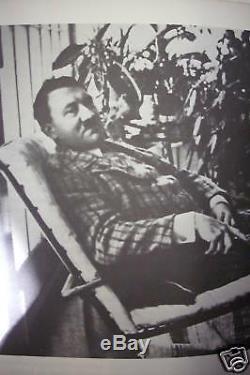 It is a vintage hardcover book with original dustjacket titled Spandauer Tagebucher. This translates to Spandau: The Secret Diaries. Albert Speer wrote this book while in Spandau prison which he was sentenced to do after World War II.

The book details his often close personal relationship with Adolf Hitler, and provides readers and historians with a unique perspective on the workings of the Nazi regime. Published by Propylaen, August, 1975. The book is in German.

On the front flyleaf is the signature of Albert Speer. It is hand-signed by him in ink. This is Albert Speer's real hand-signed signature, the Architect and Armaments Minister of Adolf Hitler during World War II.

Signed items by Albert Speer are super rare and highly collectible! Imagine owning the signature of one of the key leaders in Nazi Germany during World War II!!!

Berthold Konrad Hermann Albert Speer (1905 - 1981) was an architect, author, and, for part of World War II, Minister of Armaments under Adolf Hitler, with whom he developed a strong affinity and personal relationship. His architectural style helped to define the Nazi aesthetic, and some of his best known designs include the German Pavilion for the 1937 International Exposition in Paris and the Reich Chancellery, with many more proposed projects being put off for the future, as the war effort took priority of resources and attention. At the end of the war Speer was one of many Nazi officials to be tried at the Nuremberg Trials, and he was one of the few officials to express remorse. He was sentenced to 20 years of imprisonment, most of which he served at Spandau Prison in West Berlin. He went on the write another memoir, Spandau. The Secret Diaries - published in 1976. Whatever one may think about Speer's complicity in the crimes of the Third Reich, Speer's memoirs endure as the most intimate look into the highest levels of the Nazi regime. Speer ends Inside the Third Reich on this poignant note: The catastrophe of this war, I wrote in my cell in 1947,'has proved the sensitivity of the system of modern civilization evolved in the course of centuries. Now we know we do not live in an earthquake-proof structure.

The build-up of negative impulses, each reinforcing the other, can inexorably shake to pieces the complicated apparatus of the modern world. There is no halting this process by will alone. The danger is that the automatism of progress will depersonalize man further and withdraw more and more of his self-responsibility. Dazzled by the possibility of technology, I devoted crucial years of my life to serving it. But in the end my feelings about it are highly skeptical.

Binding is in very good-plus condition. Covers are firmly attached with no cracking or splitting of hinges. Pages are very clean and tightly bound. The dustjacket shows slight wear and remains in very good condition. No previous owner bookplates or other signs of ownership.

There is a small strip of white paper glued above Speer's signature. It is partially removed and may likely be able to be fully removed but I don't want to try. It does not impact Speer's signature as it is above it and does not cover any part of it. Book remains in very good condition. Signatures of high-ranking Nazi officials are very collectible and very rare!

Would make a terrific addition to a collection. The item "HAND-SIGNED by ALBERT SPEER Adolf Hitler Armaments MinisterWWII Nazis" is in sale since Thursday, April 9, 2020. This item is in the category "Books\Antiquarian & Collectible". The seller is "ron-likes-history" and is located in Glenmoore, Pennsylvania. This item can be shipped worldwide.