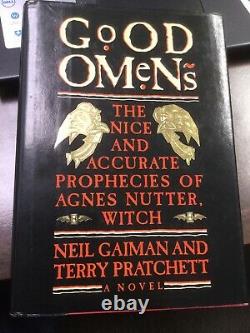 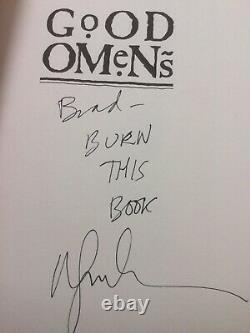 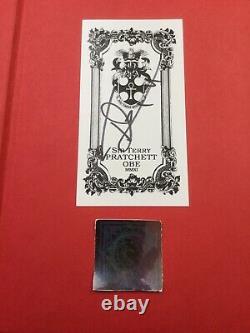 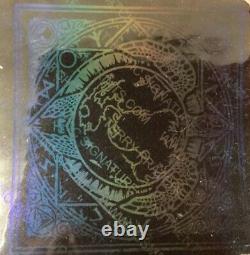 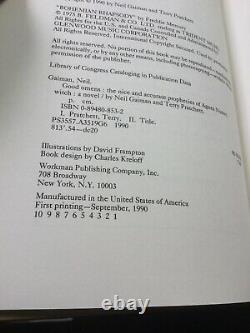 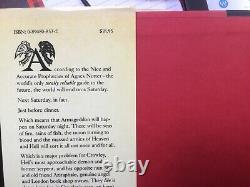 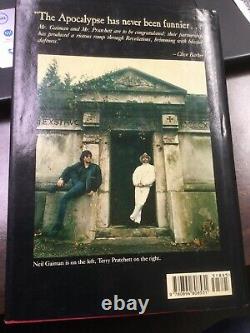 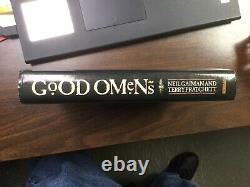 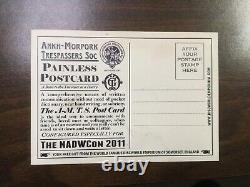 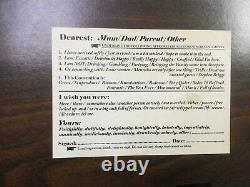 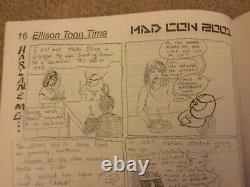 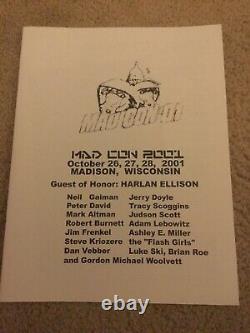 GOOD OMENS Signed by Neil Gaiman & Terry Pratchett First Edition + Bonus Items. Recently produced for Prime Video on Amazon as a six-part miniseries, GOOD OMENS has been around for almost 30 years, and it remains one of the funniest fantasy novels ever written. After all, what could be more fun than Armageddon?

Neil has signed it on the title page, along with the instruction to Burn This Book, and Terrys signature is laid in on a special signed bookplate, along with a hologram certifying the authenticity of the signature; the bookplate was designed specifically for use at the North American Discworld Convention held in Madison, Wisconsin in July 2011, Terrys final convention appearance in the United States. He prepared signed bookplates for the convention so as to avoid lengthy autograph sessions, as he was dealing with the early-onset Alzheimers disease that would eventually take his life.