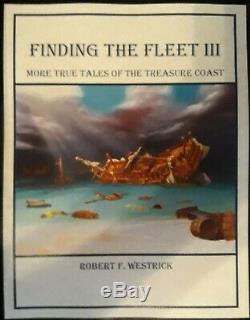 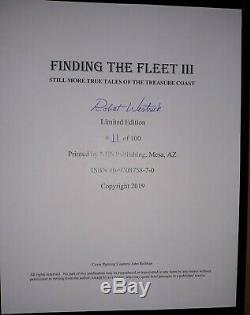 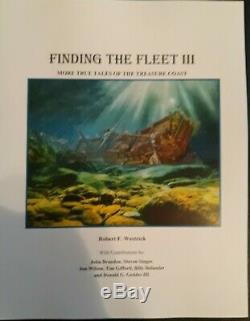 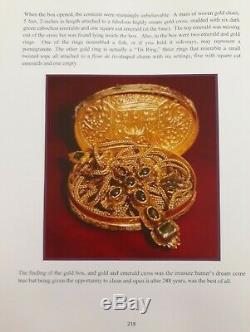 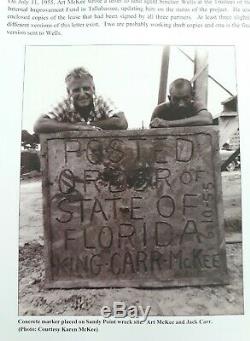 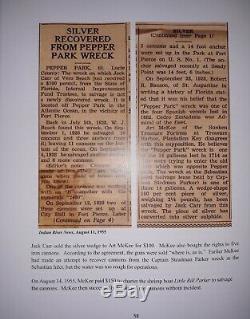 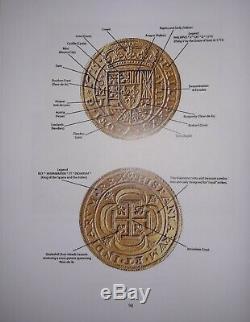 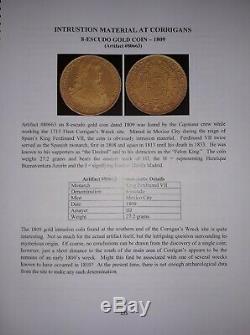 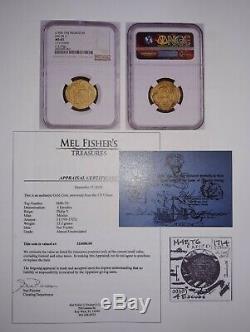 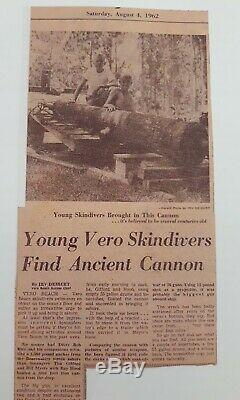 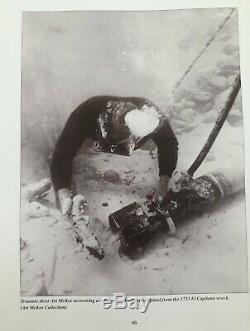 King Philip V of Spain eagerly awaited thesafe arrival of the combined fleet, as he desperately needed the treasure theships carried to help boost a faltering Spanish economy. The War of Spanish Succession had left the Spanish Government near bankruptcy, and King Philip had given the official command that as much treasure as possible must be brought back from the Indies without regard for the cost or dangers involved. Unfortunately for the king, the fleet was destined to never arrive in Spain. Upon leaving Cuban waters, the ships entered the narrow Bahama Channel, or what today is more often called the Straits ofFlorida. This was the most dangerous part of the voyage, for the fleet would have to tack back and forth between the Bahamas and the Florida coast to catch the winds and proper currents.

Once they had entered the channel, there was no turning back and no way out until they reached the Carolinas, an average ten-day passage. All seemed well during the early part of the voyage as the convoy slowly made its way around Cape Florida. However, the fleets commanders were completely unaware that a gathering storm was building in the Bahamas a few hundred miles away. The doomed ships continued on through the treacherous Florida Straits oblivious tothe danger that lurked just over the horizon. On July 31, 1715, a savage hurricane sweptacross the Bahama Channel, catching in its path the ill-fated Spanish treasurefleet.

He entire fleet was struck bythe full fury of the violent hurricane, roaring out of the east-northeast with winds in excess of seventy-five miles an hour. Torrential rain fell in cascading sheets, obscuring the other ships ofthe convoy, so that each vessel some only a few hundred feet apart was now sailing alone.

The fleet was helpless inthe midst of the hurricane. By sunrise the next morning, eleven vessels, more than 15 million pesos in registered treasure, and 700 lives (including that of General Ubilla) were lost in one of the worst disasters in maritime history.

Of the twelve ships that had sailed from Havana, only one had escaped. The rest ofthe fleet disintegrated on the jagged coral reefs of Florida between thepresent-day city of Fort Pierce and the Sebastian Inlet.

Meanwhile, a fortune in gold, silver and precious jewelry was left scattered over the beaches and reefs only a fewhundred yards offshore. The destruction of the1715 Fleet was a disaster of catastrophic proportions, not just for the people directly involved, but the loss of the fleet had worldwide political and economic ramifications as well.

The story is fascinating by itself, but the fact that these vessels wrecked directly off the beach (literally a stones throw from shore) and have produced vast quantities of treasure in modern times is equally captivating. Today, over 300 years later, treasure still continues to be found from these wreck sites off the Florida Coast.

Equally alluring is the fact that some of the shipwrecks have never been found and are still awaiting discovery. The most intriguing tale concerning the 1715 fleet is the mystery ofthe missing Queens Jewels. Afterthe death of Queen Maria Luisa Gabriella of Savoy in 1714, King Philip was married by proxy to the Duchess of Parma, Isabel Farnese. According to popular legend, as part of the marriage agreement, Isabel demanded that she be given jewelry unique in allthe world. Could the Queens dowry still lie somewhere just offshore beneath the waves and sand? These intriguing components of the story only add to the allure. This book is the much anticipated sequel to the popular book Finding the Fleet: Before the Treasure Coast Became the Treasure Coast and Finding the Fleet II. Finding the Fleet III: More True Tales of the Treasure Coast. 1715 Treasure Fleet, Cabin Wreck, Concepcion, Reglas, Urca de Lima, Nieves, Rio Mar, La Holandesa, San Miguel de Excelsis, Dave Luke Treasure Trench. Spiral bound; includes a bibliography; illustrated; limited to 100 numbered copies. First Edition, Individually Numbered to 100. This book is the sequel to Finding the Fleet II: More True Tales of the Treasure Coast, Finding the Fleet III continues with more of the early tales BEFORE Kip Wagner and Mel Fisher arrived on the scene and found millions in sunken treasure from the ill-fated fleet. Stories like Donald Geddes finding a ballast pile in 1951 are included.

It then delves into other finds including Tim Gifford and Billy Meyer recovering a cannon off Sandy Point as teens in 1962. From there is takes you on a virtual tour of shipwrecks up and down the treasure coast, including chapters on all the 1715 Fleet shipwrecks, and other non-1715 fleet sites including the Green Cabin Wreck, the Roberts Wreck, the Breckenshire , the 1810 shipwrecks, the Spring of Whitby , and the Power Plant Wreck. Contributions include material written by Captain John Brandon, Captain Bob Moran, Captain Jon Wilson, Billy Bolander and others, all of whom have been fortunate enough to find amazing and valuable treasures. Full Color, many beautiful photographs of treasure and featuring the equally magnificient artwork of well-known maritime artist John Redman.

Please note: This is the rare edition that has not yet been released for public distribution. Beautifully ilustrated in full-color with treasure photographs, and much information. A French Pewter Plate (Artifact #77248). Finding Coins on a Ballast Pile off Vero Beach - 1951.

The Infamous Dave Luke Trench. 1715 Fleet Treasure Foundin Texas. Seldom offered for sale and when it is often commands a premium.