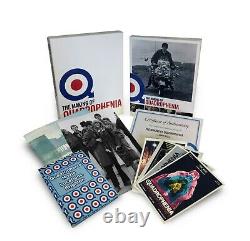 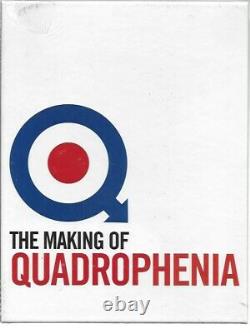 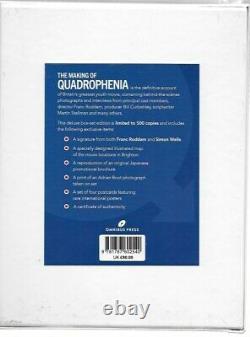 DUAL SIGNED BY FRANC RODDAM & SIMON WELLS. This deluxe box-set edition is hand signed by Franc Roddam and Simon Wells. It contains the paperback book and a number of exclusive items. A specially designed, illustrated map of Brighton locations featured in the film.

A reproduction of an original Japanese promotional brochure. A print of an Adrian Boot photograph taken on set.

A set of four postcards featuring rare international posters. Simon Wells has written for numerous magazines and newspapers on film and music, including the Guardian, Times and Independent. Simon has also researched for the likes of the BBC, Channel Four and Virgin, as well as broadcasting on LBC, BBC and ITN. Is the 1979 classic mod movie loosely based on The Who's 1973 rock opera of the same name, directed by Frank Roddam and starring Phil Daniels as the protagonist'Jimmy'. Heavily illustrated throughout and with a selection of previously unpublished images and released to coincide with the 40th anniversary of the film, this is the definitive history of the making of the ultimate Mod film. This item is in the category "Books, Comics & Magazines\Books". The seller is "book-wize" and is located in this country: GB.