Come In and Other Poems SIGNED FIRST EDITION Robert FROST 1943 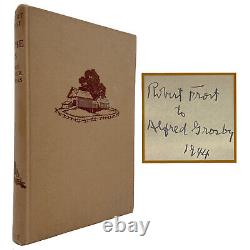 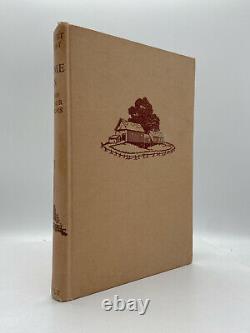 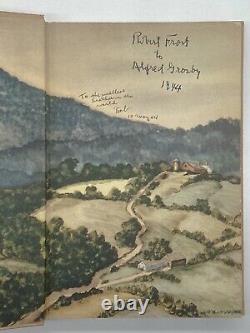 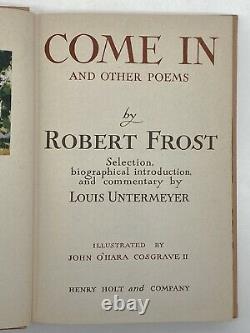 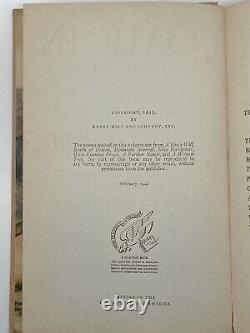 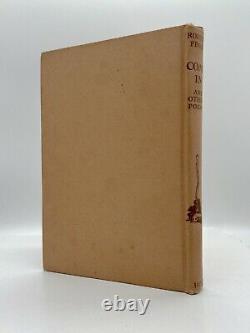 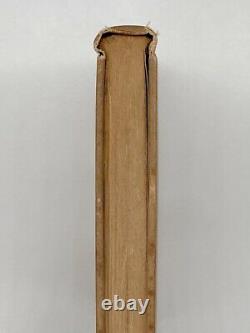 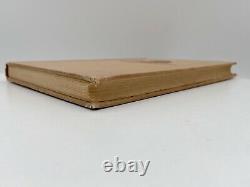 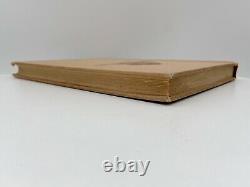 SIGNED, INSCRIBED and DATED by the Author on the front endpaper, Robert Frost. / to / Alfred Grosby / 1944, with an endearing gift inscription below, To the swellest / brother in the / world / Bob / 10 May 44.

A very nice, personalized example. Renowned for his command of American colloquial speech, Frost's work offers a deep examination of social and philosophical themes shrouded in detailed and realistic depictions of nature and the rural New England lifestyle. Come In, and Other Poems is a collection of poems by Robert Frost, including his well-known "Stopping By the Woods on a Snowy Evening, " "Nothing Gold Can Stay, " and The Road Not Taken. The titular poem, which appears for the first time in this collection, describes a narrator at the edge of a dark wood, wondering whether to step in. Through the short verse, Frost alludes to the temptation of death; his narrator, though claiming to be out for a walk, has positioned himself at the edge of what seems an inviting prospect.

Like much of Frost's work, the poem uses natural imagery and simple language to convey to readers the emotions of a scene. Robert Frost was a four-time Pulitzer Prize winner, and the Poet Laureate of Vermont. Binding tight and nearly square with a very slight slant. Original full-bound cloth boards present well with rich color and crisp stamped title and illustration. A few scuffs to front board with a light pen-sized impression about one-quarter from top near fore-edge.

Rear board mostly clean with a few very small stains and the slightest darkening at edges. Spotting outside of edges not extending to front board, some shelf-wear to bottom edge, and rubbing to corners with very minor crease at bottom fore-edge. Spine clean with moderate wear to head and foot with a tiny amount of fraying.

Light pen-sized impression near bottom. Text blocks clean but for two pen-sized dots on fore-edge. Internally very good with only mild scattered spotting throughout and a three-fold dog-ear at bottom fore-edge corner of p.

This item is in the category "Books\Antiquarian & Collectible". The seller is "labb1279" and is located in Baton Rouge, Louisiana. This item can be shipped worldwide.