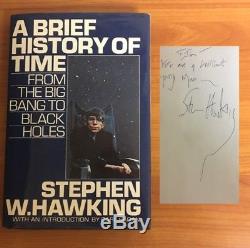 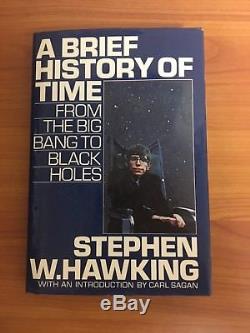 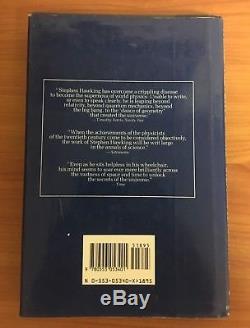 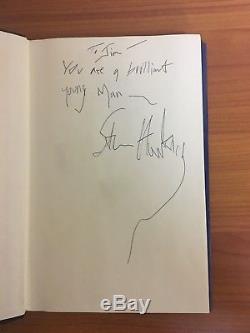 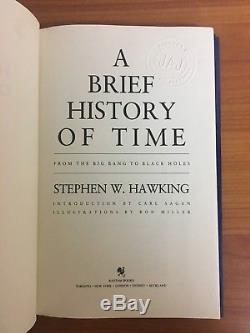 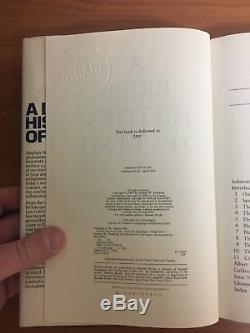 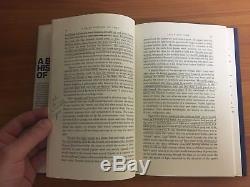 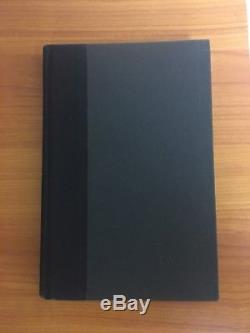 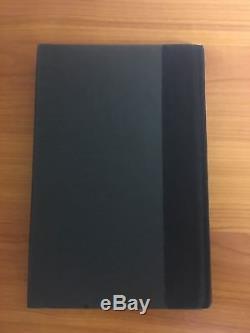 A Brief History of Time. New York: Bantam Books, 1988. Original quarter black cloth with black paperboards, and silver stamping to the spine. Signed and inscribed by Hawking to the original owner on the flyleaf in a hand which mirrors the strokes of other examples of Hawking's signature, yet clearly displays the effects of ALS on his fine muscle control.

The original owner studied at the New England Conservatory in the early 1990s. The New England conservatory is "twinned" with Northeastern University. Hawking spoke about the book at Northeastern in 1991. His talk was reported by the Associated Press, in an article which describes him as having limited use of his right hand.

In short, this book existed at the time Hawking spoke at the former owner's alma mater, while the former owner was studying there, and when it is documented Hawking had use of his right hand. Based on the underlining and annotations, it seems likely the original owner posed a question or made a comment to Professor Hawking at the talk, prompting the rather moving and complimentary inscription. A very rare title to find signed, given Professor Hawking's physical condition throughout nearly the whole of his adult life. As the disease progressed he "signed" books by leaving an inked thumb print on the title page, these are still scarce. Even rarer are books actually signed by him with a formal signature.

This work ranks with The Origin of Species and The Double Helix , as a text which profoundly and radically reshaped the scientific understanding of scientists and laypeople alike. Very good in like dust jacket, slight bumping to the margins of both the book and jacket. Original owner's penciled annotations and underlining throughout. Additional photos happily supplied upon request.

All inquiries will received a prompt reply. See my other listings for a broad selection of quality books and other printed materials.

I've been dealing in books and autographs for well over a decade. The item "A Brief History of Time Stephen Hawking Signed Autograph 1st Ed. 2nd Print VG/VG" is in sale since Wednesday, March 14, 2018. This item is in the category "Books\Antiquarian & Collectible". The seller is "caesarpug" and is located in Saint Paul, Minnesota.