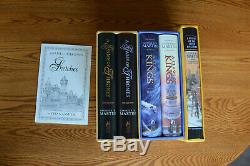 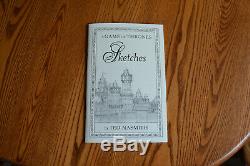 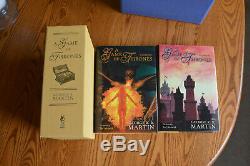 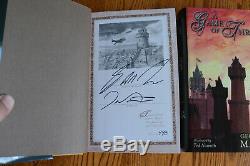 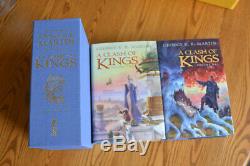 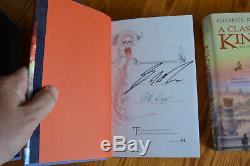 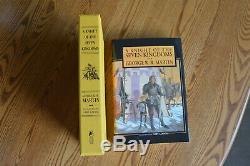 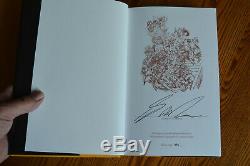 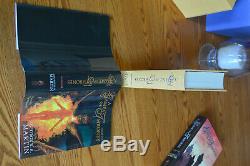 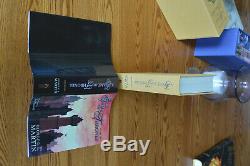 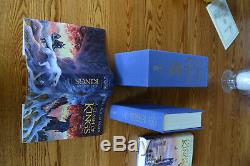 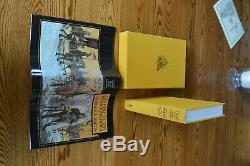 A Knight of the Seven Kingdoms Signed and Limited #498. Dust jacket and interior illustrations by Ted Nasmith. Is the opening movement of.

A Song of Ice and Fire. A vast, ongoing saga that may well be the finest epic fantasy of modern times. Set in and around the Seven Kingdoms, a mythical realm where seasons can last for years or even decades, it is a compelling, immensely complex narrative filled with drama, passion, and a host of unforgettable characters. The story begins in Winterfell, the northernmost of the Seven Kingdoms, as the long, deceptively benign summer comes to an end. Eddard (Ned) Stark, lord of Winterfell, finds himself removed from the familiarand comfortingroutines of his life by an unexpected visit from King Robert Baratheon, his ruler and longtime friend. Robert offers Ned the crucial political position of Hand of the King, a position Ned does not want and cannot refuse.

Against his will, he leaves his home and much of his family and travels south to the royal seat of power at Kings Landing. Once there, his lifeand the lives of everyone he cares for mostwill change in astonishing, often tragic ways. What follows is a wholly absorbing account of a struggle for power played out against a colorful, richly imagined landscape. With a narrative mastery that is little short of amazing, George R. Martin patiently unfolds a sprawling fictional canvas that comes to seem more real and more vivid than the everyday world we inhabit.

Encompasses moments of beauty and horror, loyalty and betrayal, desperate love and unmitigated cruelty, offering resonant images and memorable incidents on virtually every page. It is the clear product of a master storyteller, a novelist of great ambition and seemingly limitless imaginative reach. Together with its equally ambitious successors, it stands at the very pinnacle of contemporary fantasy, and will continue to set the standard for a good many years to come. Limited: 500 numbered sets, signed by author and artist, bound in cloth, housed in a custom slipcase Lettered: 52 sets, signed by author and artist, with a remarque by the artist, housed in a custom slipcase Production Notes. Roughly 70 black and white interior illustrations, including chapter heads, full page illustrations, and vignettes.

Is the second installment of George R. It is, if anything, richer, deeper, and more formidably complex than its distinguished predecessor. Concluded with the deaths of Robert Baratheon, ruler of the Seven Kingdoms, and Lord Eddard Stark, the embattled Hand of the King. Opens, war has broken out on a number of fronts and a bloody battle for possession of the Iron Throne has begun. In Kings Landing, the seat of royal power, Joffrey, Roberts sixteen-year-old heir apparent, rules the realm under the guidance of his mother, the beautifuland ruthlessQueen Cersei. Stannis and Renly Baratheon, Roberts brothers, have each established competing claims to the throne.

And Robb Stark, Lord Eddards oldest son, has assumed the title of King of the North. Outside of the Seven Kingdoms, potent, often mysterious forces are gathering. In the far north, Mance Rayder, the King Beyond the Wall, is marshaling his armies. To the east, Daenerys Targaryen, sole surviving descendent of an ancient dynastic line, is struggling to assemble an army of her own, an army supplemented by three impossiblebut very realdragons.

These are just a few of the players who populate this vast, wholly absorbing narrative. Is a novel about love, loyalty, and betrayal, about the power of unbridled ambition, about the limitless human capacity both for nobility and cruelty.

Whether viewed on its own independent terms or as part of a larger, ongoing epic, it isand will remainone of the cornerstones of modern fantasy, the sort of book that raises the stakesand sets the standardsfor an entire genre. Limited: 500 signed numbered sets, bound in cloth, housed in a custom slipcase Lettered: 52 sets, signed by author, with a remarque by the artist, housed in a custom slipcase. Roughly 70 black and white interior illustrations, including chapter heads and tails, full page illustrations, and vignettes. An original remarque, or small illustration, by Richard Hescox on the signature page of the lettered edition.

Will give you the right of first refusal for our edition of. Knights of the Seven Kingdoms info.

Dust jacket, endsheets, and interior illustrations by Gary Gianni. Taking place nearly a century before the events of. A Knight of the Seven Kingdoms. Compiles the first three official prequel novellas to George R. Martins ongoing masterwork, A Song of Ice and Fire.

These never-before-collected adventures recount an age when the Targaryen line still holds the Iron Throne, and the memory of the last dragon has not yet passed from living consciousness. Before Tyrion Lannister and Podrick Payne, there was Dunk and Egg. A young, naïve but ultimately courageous hedge knight, Ser Duncan the Tall towers above his rivalsin stature if not experience. Tagging along is his diminutive squire, a boy called Eggwhose true name (hidden from all he and Dunk encounter) is Aegon Targaryen.

Though more improbable heroes may not be found in all of Westeros, great destinies lay ahead for these twoas do powerful foes, royal intrigue, and outrageous exploits. Featuring more than 160 all-new illustrations by Gary Gianni. Is a must-have collection that proves chivalry isnt deadyet.

Our edition will be slightly oversize, likely with the following features. All of the art from the trade hardcover. The full color endsheets as a wraparound dust jacket. A completely new set of endsheets.

8-10 of the full-page interior illustrations (b&w in the trade) rendered in color in our edition. Be custom bound, likely in leather and cloth, by far the most lavish GRRM production we've ever published. Sport an original Garry Gianni remarque in each copy. Limited: 750 signed numbered hardcover copies, housed in a custom slipcase.

Comes from a smoke free home. Check out my other auctions INCLUDING A Dance with Dragons by George RR Martin. The item "3 GAME OF THRONES MATCHING NUMBER SIGNED & LIMITED HARDCOVERS GEORGE R R MARTIN" is in sale since Friday, May 17, 2019. This item is in the category "Books\Fiction & Literature".