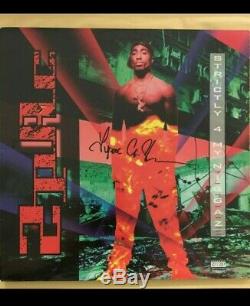 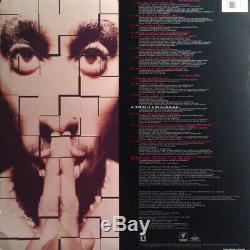 Its exciting to think of what is still out there? I traded Pac hand written pages for this piece, as is, and this Piece has never been looked at before now, by any other person or Certifier (never required), if anyone needs to know? I can make a call to get it. The original owner and myself are the only other set of hands near this Magical Piece of Pac Legacy - His.

On this Album, his 2nd, in blue marker measuring 6 inches. Overall the condition of the Album and Sign is good to great with very little wear as vinyl never played till I got it, and it has been hanging since Pacs passing in a controlled environment behind glass. I was lucky enough to steal it away and wondering what the interest may be if any loll? Feel free to ask any questions you may have.

The original album was going to be named "Troublesome 21" and released in September 1992, but it was scrapped. [5][6] Debuting at number 24 on the Billboard 200, this album saw more commercial success than its predecessor, and there are many noticeable differences in production. While 2Pac's first effort included a more underground or indie-rap-oriented sound, this album was considered his "breakout" album. It spawned the hits "Keep Ya Head Up" and "I Get Around".