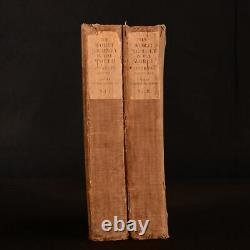 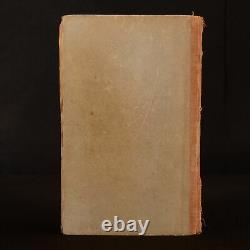 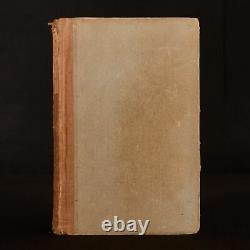 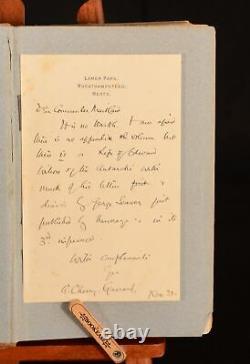 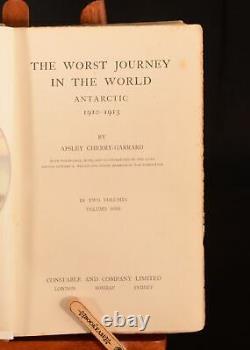 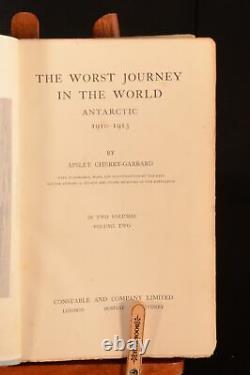 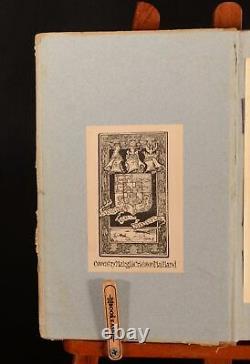 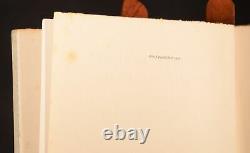 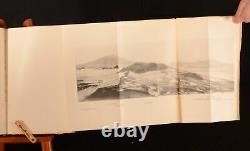 The first edition of the work. With a tipped in letter from the author, Apsley Cherry-Garrard to the front free endpaper of volume one, written on the author's personal stationary from his estate, Lamer Park in Wheathampstead, reading. The recipient, Coventy Makgill Crichton Maitland was a senior officer in the British Army who served as an officer in the Royal Scots Fusiliers during the Second Boer War and the First World War, from which he received multiple mentions in despatches for his heroic actions. The work contains Maitland's armorial bookplate to the front pastedown of both volumes. With additional spine label to volume two tipped in between the front free endpaper and front pastedown.

The various folding maps and plates include detailed maps of the route undertaken by the men, alongside specimen pictures of the local wildlife and the explorers themselves. Apsley Cherry-Garrard was an English explorer, of Antarctica, most notably as a member of the Terra Nova expedition, led by Robert Falcon Scott with the aim of reaching the geographic South Pole. The Worst Journey in the World recounts Cherry-Garrard's experiences throughout the expedition, and has been praised very highly for its frank treatment regarding the difficulties of the expedition and the reasons behind its tragic conclusion. The memoir also covers wider themes regarding the meaning of human suffering under extreme conditions. Despite Cherry-Garrard being initially mocked by his colleagues owing to his lack of Antarctic experience, his hard work later won him the accolade as the protege of Edward A. Cherry-Garrard was chosen to go with Wilson to recover the eggs of the emperor penguin for scientific study, enduring conditions of total darkness and temperatures as low as -40c. Whilst they eventually made it back safely with the specimens, it was this journey that Cherry-Garrard described as'The Worst Journey in the World. Perhaps, however, the most striking moment of the influential work is the first hand account of Cherry-Garrard finding the bodies of Bowers and Wilson in the tent following the search party undertaken the following year. It was here that Scott's famous journals were found. The work is a remarkable example of a highly influential memoir regarding the Terra Nova expedition.

Externally smart with rubbing and shelf wear to the extremities, resulting in some slight loss to the cloth. Slight loss to spine labels, although the additional spine label to volume two is tipped in to the front endpaper of the second volume. Hinges slightly strained particularly the rear hinge of volume two. Bookplate to front pastedown of both volumes. Tipped in letter from the author to front free endpaper of volume one. Pages generally bright and clean with the occasional spot, slightly heavier to the half titles and the occasional leaf.

Only one or two minor faults, really a very attractive copy. Quite a wide term meaning no major faults but probably several smaller ones. Often expected given the age of the book, but still a respectable copy. Some more serious faults as will.

Be described in the condition report under'condition. Good Only - Meaning one or more faults that could really do with repair. As with good only above but with other faults.

Leaving a compromised copy even after repair. Really bad and possibly seriously incomplete.

We only sell books in this condition where their rarity or value makes them. Major defects will be described. Please ask for details and conditions. Please note we cannot accept USD cheques.

The item "1922 The Worst Journey in The World Apsley Cherry-Garrard Signed Letter Very Sca" is in sale since Friday, July 26, 2019. This item is in the category "Books, Comics & Magazines\Antiquarian & Collectable". The seller is "the-mad-librarian" and is located in Bath. This item can be shipped worldwide.