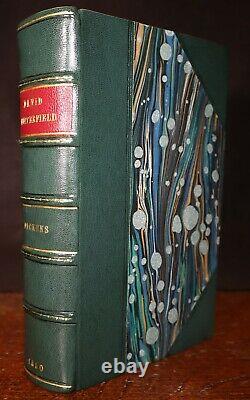 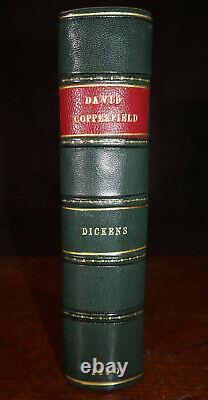 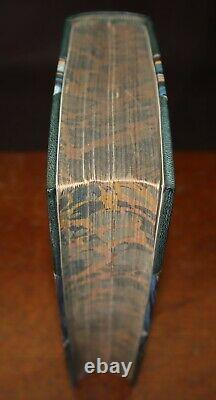 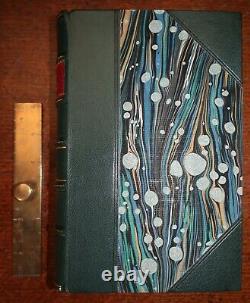 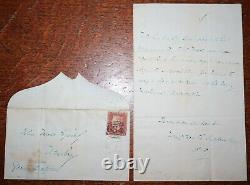 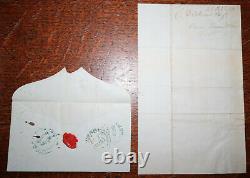 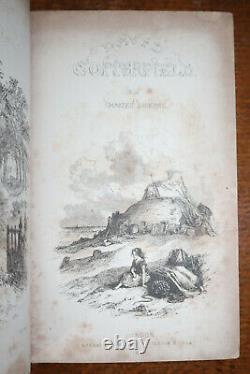 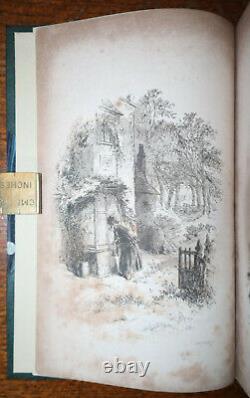 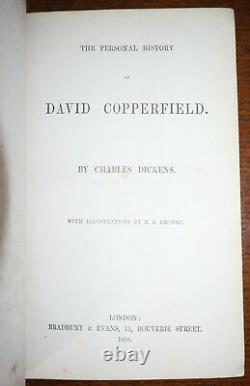 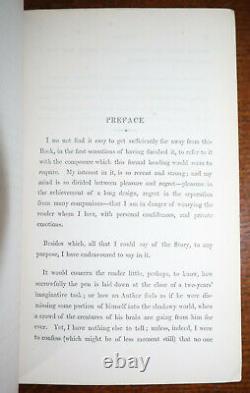 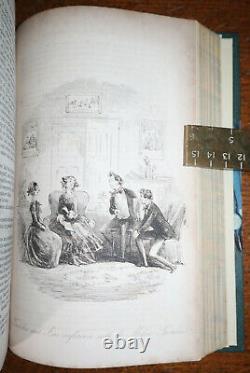 With Illustrations by HK Browne. WITH AN AUTHENTICATED LETTER LOOSELY INSERTED TO THE FRONT OF THE VOLUME. AUTHENTICATED BY Dr Leon Litvack THE Principal EDITOR OF "THE CHARLES DICKENS LETTERS PROJECT". And Reader in Victorian Studies at the School of Arts, English and Languages at Queen's University, BELFAST.

Referenced in Volume 6, Page 182 of Pilgrim's. "The Letters of Charles Dickens". Published by the Oxford University Press.

[First Edition With All The First Edition Points Save Two (Smith)]. For full description see below - after all photographs. London Bradbury & Evans 1850, First Edition. WITH AN AUTHENTICATED LETTER LOOSELY INSERTED TO THE FRONT OF THE VOLUME; AUTHENTICATED BY Dr Leon Litvack, THE Principal EDITOR OF "THE CHARLES DICKENS LETTERS PROJECT" and Reader in Victorian Studies at The School of Arts, English and Languages at Queen's University, Belfast and Refenced in Volume 6, page 182 of Pilgrim's "The Letters of Charles Dickens" Published by the Oxford University Press.

First Edition with 40 illustrations by H. Browne including the illustrated title page, 8vo, contemporary half-quarter calf over cloth boards, very handsomely tooled in gilt on the raised bands of the spine, lettered in gilt in two compartments. With an original autographed letter and signed, sealed and stamped.

Loosely inserted an Autograph letter in the third person ("Mr Charles Dickens"), to John Moss, regretting that "his avocations render it quite impossible for him to accept the invitation of the Derby Mechanic's Institution"; with signed autograph envelope, 1 page, Broadstairs, 28 September 1850. Mr Charles Dickens presents his compliments to Mr Moss, and regrets that his avocations render it quite impossible for him to accept the invitation of the Derby Mechanic's Institution. Broadstairs, Kent, Twentyeighth September 1850. Envelope addressed to John Moss Esquire, Derby, with Charles Dickens' signature beneath, with a one penny stamp to the top right corner. Three circular post office stamps to the reverse for Broadstairs, Ramsgate and Derby, and the remaims of a wax seal to the centre of the envelope rear. A letter penned by DICKENS DURING THE FINAL STAGES OF WRITING DAVID COPPERFIELD. The last three monthly editions of Copperfield (for September, October and November 1850) appeared while Dickens was on an extended holiday with his family at Broadstairs, the last words of the novel the completion of such an ambitious and strongly autobiographical novel proving an especially intense and draining experience - being written on 23 October, the family returning to town the next day. Additional "avocations" preoccupying him at this time included the birth of his tenth and last child and the establishment of his first weekly periodical, Household Words, the second number of which is dated 28 September. For many lovers of the author's works, DAVID COPPERFIELD ranks as the finest of his writings. "Of all my books, " Dickens wrote, I like this the best; like many fond parents I have my favourite child, and his name is David Copperfield. First Edition, early issue with all first issue errors as follows. Chapter XXVII on page 282 and not page 283 as listed on the contents page. Vignette title page not listed. Xiv 2 plates up from the bottom printed shown in the list of plates but shewn on the engraving. 16, line 1 & p. 225, line 22 - recal instead of recall. 19, 12 lines up from the bottom cha pter and ; ut appears. 30 line 13 full stop (period) after and.

558 19 lines up for Norwich read Ipswich (Dickenss errata). 597 23 lines up bnt instead of but. First state of the engraved vignette title (dated). Thirty-nine fabulous engraved plates of which one is the frontispiece by H. And with the Errata slip.

Page viii (preface) has the final'i' misaligned. 296 line 11 full stop (period) slightly after air and Uriah on p. No Half-title, presumably not bound in. The only first issue points that does not match are.

132 line 20 screamed for screwed. Comma after Parliament in plate 6 not in title on one etching of figure. A clean copy of this work, with some offsetting to the pages opposite the plates and some foxing to the plates.

Bibliographic references taken from Smith, pp. Charles Dickens' highly autobiographical novel, whose story is told almost entirely from the point of view of the first person narrator, David Copperfield himself; the first Dickens novel to do so. Approximately 8 ½ inches tall.

Publication Date: 1850 Binding: Hardback. We take great pride in photographing all our books, maps and prints and in describing every detail. Ruler in picture is 6 inches long. Please Browse all other books and prints in my Shop. Preserving Books for the next generation. The item "1850 David Copperfield 1st Ed C. DICKENS Signed Letter AUTHENTICATED Original" is in sale since Tuesday, March 31, 2020. This item is in the category "Books, Comics & Magazines\Antiquarian & Collectable". The seller is "allright88" and is located in Andover. This item can be shipped worldwide.